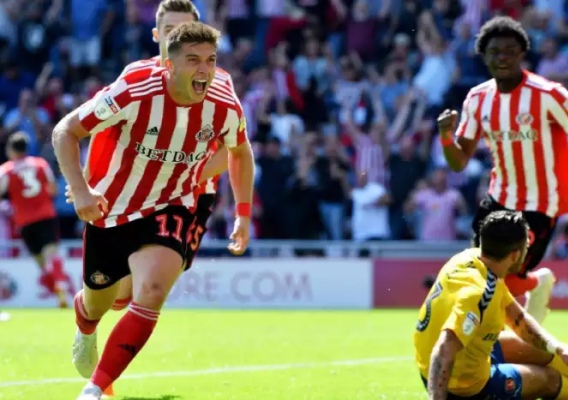 Why was it so bad?


First, a few of the players who are at important times of their careers did not take part. Matt Miazga was suspended with yellow cards for Nantes. Romain Gall has been mentioned for a potential U.S. national team call-up but the fact is that he is still not a regular starter for Malmo yet in Sweden. On Saturday, he did not even make it off the bench against Hammarby.

Cameron Carter-Vickers did not play for Swansea and Antonee Robinson did not even make the bench for Wigan Athletic. Erik Palmer-Brown is another player in a key age group who also did not appear for NAC Breda. The same could be said in Argentina for Joel Sonora at Talleres.

Duane Holmes is still not in the mix for Derby County. Julian Green also did not get off the bench for Greuther Furth and Kevin Lankford did not dress for FC Heidenheim. Keaton Parks is also still not part of Benfica’s first team.

In the Premier League, Tim Ream struggled for Fulham in a 4-2 loss to Cardiff City. DeAndre Yedlin played well at times for Newcastle but he could not prevent a bad 1-0 loss to Brighton & Hove Albion which kept it winless and in last place in the Premier League with just two points from nine games.

In the Bundesliga, Alfredo Morales went 90 for Fortuna Dusseldorf which was embarrassed by Eintrach Frankfurt in a 7-1 loss. John Brooks and Wolfsburg struggled in a 3-1 loss at home to Bayern Munich. Despite rumors, Josh Sargent did not make the gameday lineup for Werder Bremen which defeated Schalke 2-0. Weston McKennie went the distance for Schalke which suffered a setback as it tried to reverse the trend of a poor start to the season.

Bobby Wood started for Hannover and he left the game with Hannover up 2-1 in the 61st minute shortly after his team was reduced to 10 players. It ended 2-2. Also in the Bundesliga, Fabian Johnson did not play for Borussia Monchengladbach in a 4-0 romp over Mainz.

In Belgium, Bredan Hines-Ike left Kortrijk’s game injured in the 30th minute. Kenny Saief only came on as a second half sub for Anderlecht in a 4-2 win over Cercle Brugge and was not on the field for any scoring.

Emerson Hyndman had a huge opportunity to make a statement against Scotland’s elite when he earned the start for Hibernian against Celtic. Unfortunately he did not factor in a 4-2 loss.

Emmanuel Sabbi made his return from injury to start for Hobro against Esbjerg in the Danish Superliga. Unfortunately, he was a nonfactor in a 2-0 loss.

It was a decided mixed bag for newly capped U.S. international Jonathan Amon who started for Nordsjaelland on Saturday in a matchup against Danish leaders FC Midtjylland. The good news is that Amon made a very nice play for an assist. The bad news is that Midtjylland cruised to a convincing 4-1 win on the road.


One player who should be very proud of his performance was Sunderland’s Lynden Gooch who came off the bench in the 54th minute against Shrewsbury Town on the road. From the minute the American entered into the game, he tilted the game in Sunderland’s favor. He helped force an own goal four minutes after entering and then assisted on a second goal in the 84th minute.

For this, Gooch was receiving recognition on Monday.


Here's the Football League World @SkyBetLeagueOne team of the weekend! ????

Let us know your thoughts below! ???? pic.twitter.com/q9btOOpgop


Injuries have prevented Christian Pulisic from playing with the U.S. national team for most of 2018 but the Hershey native returned to the field on Saturday and came off the bench in Dortmund’s 4-0 win over Stuttgart.


Gonzalez wins it for Atlas

Generally not given much coverage since the U.S. team’s World Cup qualifying failure in 2017 but the Texas native had a huge goal for Atlas in Liga MX on Friday night. His header in stoppage time gave Atlas a 4-3 win over Veracruz.

Once figured to finish in last place, Atlas is now within striking distance of climbing out of the basement – with just one point now separating it from Veracruz.


The story of Michael Hoyos is very interesting. The California-born attacking midfielder opted as a kid to play for Argentina’s youth teams and appeared to be a top prospect. Before he could work his way to Argentina’s senior team and shortly after he became a father, a serious car crash nearly ruined his entire career.

Now at age 27, he plays in Ecuador for Guayaquil City. The team is in last place but Hoyos is among the team’s best players and is playing well. On Saturday, he scored for the second time in three games in a 4-3 loss to Barcelona SC.

With his contract set to expire at the end of the year, perhaps his scoring in Ecuador could open more doors in South America or even in MLS.