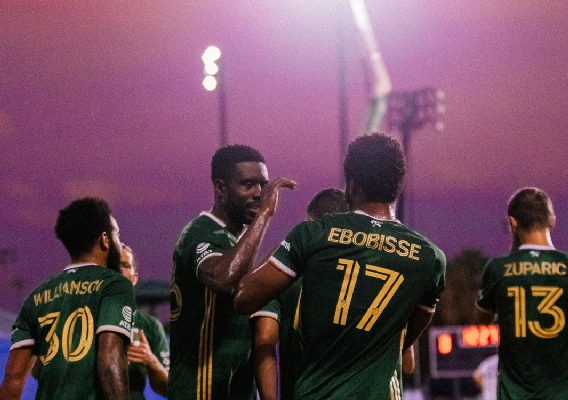 Portland Timbers have been terrific in Orlando and have earned their place in the final thanks to Sebastian Blanco, Diego Valeri, and Jeremy Ebobisse. Meanwhile, there has been some really good news for a few Americans in Europe. Finally, here is a look at the likely first American players in line during an unusual European transfer window. ASN's Brian Sciaretta is here with his analysis.
BY Brian Sciaretta Posted
August 05, 2020
11:30 PM

THE FIRST FINALIST in Orlando is known as the Portland Timbers defeated the Philadelphia Union 2-1 to advance to the August 11 final where it will face the winner of tomorrow’s Orlando City – Minnesota United winner.

Portland struck first in this game with a goal from U.S. U-23 forward Jeremy Ebobisse who took advantage of sloppy defending from Kai Wagner on a corner kick to head home his fourth goal of the tournament.

In the second half, Portland doubled its lead when Sebastian Blanco was left unmarked at the far post of the goal to head another goal past Andres Blake in the 70th minute for his third of the tournament.

Philadelphia made a game of it in the 85th minute when Andrew Wooten scored his first goal in MLS off a rebound past Steve Clark.

Philadelphia thought it had an equalizer in stoppage time when Brenden Aaronson made a nice move with the ball to cut into the box. He made a quick short pass to Kacper Przybylko who buried the shot but was called offside. Replays showed it to be a very close play that was inconclusive but not with enough evidence to overturn the initial call.

Portland is a tournament team

Gio Savarese has a team that seems to excel in tournaments. It’s a great team for a sprint, not necessarily a marathon.

There is individual talent to score goals, and sometimes in a spectacular ways, like Andy Polo scored in the quarterfinal win over New York City. It has a well-versed veteran in Diego Valeri who knows this league very well, is very talented, and can bring out the best in his teammates. Portland also is a threat on set-pieces.

The rest of Portland is geared towards taking opponents out of its game-plan, frustrating them, and filling the midfield with disruptive forces. It works. That was the Italian national team formula for generations.

Portland is not a team known for playing young domestic players but Jeremy Ebobisse and and Eryk Williamson are both U.S. U-23 eligible and are a big reason why Portland will be playing in the final in Orlando.

Ebobisse was a known player coming into this tournament and perhaps his rise isn’t too surprising. But over recent years, Portland has seemingly always been looking for a way to not start him – mostly through spending money on more expensive forwards. But Ebobisse always seems to prove he’s a better option than whatever Portland brings in to compete with him.

In this game, Ebobisse took advantage of sloppy defending to score a big goal for Philadelphia but he also showed a lot more. His hold up play has improved so much in recent seasons and his first touch is far smoother than when he was a member of the U.S. U-20 team. Against Philadelphia, Ebobisse was 13/15 in passing and 6/6 in passing in the final third.

Talk about using this tornament to raise your stock. pic.twitter.com/sYUb5hvpJH

Meanwhile, Eryk Williams has helped his stock tremendously in Orlando and his rise is more surprising than that of Ebobisse, his childhood friend from the Washington, DC area.

Williamson has been very effective serving as one of the disruptive presences in the midfield that has frustrated opponents. While he was an attacker in college at Maryland, Williamson reads the game well and get into passing lanes to limit chances for opponents.

As a central midfielder, Williamson had an effective game despite seeing little of the ball. He went the distance but only had 35 touches. His passing was generally very clean with him completing 18/20 passes. Most of those passes were in the middle third where he was linking the ball from defense and into the attack. 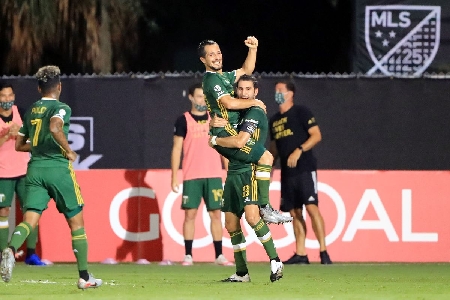 For the U.S. U-23 team, that is actually important because the team is thin in this area of the field. Here Williamson will compete with the likes of Brandon Servania, Hassani Dotson, and possibly Jackson Yueill for time. He wasn’t set to be on the Olympic qualifying team back in March but with that tournament postponed until likely next March, he might be in line to overtake his competition.

As for Ebobisse, it is hard to think he won’t be the starting forward for Olympic qualifying. He not merely an aerial threat but he has some good dimensions into his game right now. He should be an option head coach Jason Kreis feels good about at this point.

The Philadelphia Union’s tournament is over but for the first time in its history, it is truly relevant in this league. This team has a very good chance to be the Eastern Conference representative at MLS Cup, should the season actually happen.

Credit for that should go to Jim Curtin who has done a good job with his team. He will certainly go back to examine the team’s games in Orlando and he’ll find some areas he needs to address.

Assuming Brenden Aaronson isn’t sold this summer, Curtin is going to need to figure out how to get the teenager on the ball more. Do his teammates read his runs properly? Does he makes make the right runs? Does he need to drift deeper into the midfield to receive the ball? Those are important questions regarding his off the ball movement. 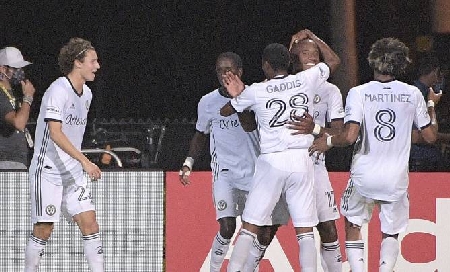 But there is also the issue of Philadelphia’s lack off effective threats on the flanks through wingers. Without these options, Philadelphia geared its attack up the middle or through mostly long, low-percentage crosses. This made it easier to defend Aaronson than it should be. Still, Aaronson was 16/19 in passing (not nearly enough passes as Philadelphia would like him to have over 90 minutes with Philadelphia also having 61.5% of the possession).

And despite all that, Philadelphia had enough chances to win this game. Santos missed a penalty and Kacper Przybylko had a goal called back by only the slimmest of margins. It just needs to find a way to be more dynamic in the final third – once that happens, Philadelphia will then move from a contender in the East to the favorite.

Tim Ream and Fulham downed fellow-London club Brentford 2-1 after extra time at Wembley to win the Championship’s promotional playoff. It is the second time Ream has won the sport’s richest game and while he was not at his best against Brentford, Ream still found a way to win a very big game.

Ream’s career is very underrated. The Championship is a tough league to excel because while some teams are indeed very talented, the long slog of the season and the physical approach which many teams play often neutralizes talent. 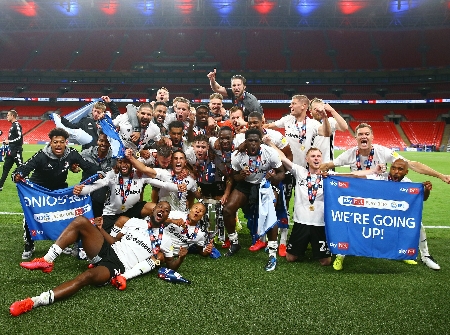 But Ream has stood out at this level. He has been named his team’s player of the season three times in the Championship. He has made the playoffs three times and has won promotion twice. This season he played 42 games in the Championship (including the playoffs) and eclipsed 4200 minutes. These are similar numbers to what he reached in 2018 when he also helped Fulham to promotion.

Between his durability, leadership, and an ability to win in a tough league and on big stages, it has been an great career. It will now be interesting to see if he holds his starting job heading into another season in the Premier League.

John Brooks and Wolfsburg came into Wednesday’s second leg of the Europa League round of 16 trailing Shakhtar Donetsk 2-1. Wolfsburg had a lifeline in the second half with the score still 0-0 but Wolfsburg was up a man after a red card to Shakhtar Donetsk.

But then Brooks was sent off in the 70th minute for a second yellow.

John Brooks gets sent off today. If you’re gonna get sent off, make it count pic.twitter.com/bsXSXRqvKK

Yes, it is true that the opponent embellished and Brooks did not make much contact, but it was still a dangerous play from Brooks to raise his leg that high in an uncontrolled manner. The yellow card was justified.

From there, Wolfsburg suffered a meltdown conceding three late goals to lose 3-0 and 5-1 on aggregate. There are rumors that Wolfsburg would entertain offers to sell Brooks but it remains to be seen for what price they would sell, and what type of buyers would be out there.

Last season, Ian Harkes, 25, was named to the Team of the Season for the Scottish Championship after helping to guide Dundee United to promotion.

In his first game in the top-flight Premiership, Harkes and Dundee United played St. Johnstone to a 1-1 draw. It was a disappointing result for Dundee United but Harkes clearly stood out. On Wednesday, he was named to the Premiership’s team of the week.

To read more about Harkes and his rise, check out a feature I wrote on Harkes recently for Soccer America. In the piece, Harkes talks about a family scare from COVID, the support of his father and former U.S. national team captain John Hakres, his family’s history in Dundee, as well as his expectations of the Premiership.

It could be a very busy upcoming weeks for American players as the unusual transfer window in Europe moves on. As always, most of the rumors flying around the transfer market are nonsense and reports of “interest” and “on the radar” could mean any number of things.

With that said, here are a few things I am watching.

U.S. U-23 eligible midfielder Luca de la Torre rarely played for Fulham this season (or throughout his career) and his contract is now up. I am looking for him to be making a move very soon within Europe – certainly the continent where he can take advantage of his Spanish passport.

Due to Wigan Athletic’s appeal being denied, Antonee Robinson can leave the club for £1.5 million. That is likely going to cause a bidding war – which should end sooner than later. A move the Premier League is certainly possible. 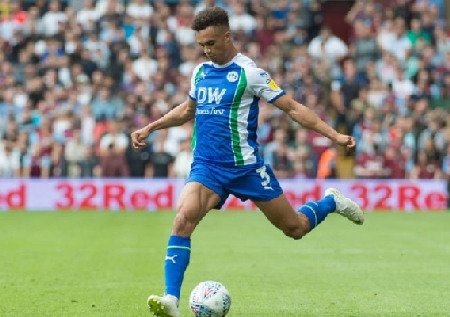 Cameron Carter-Vickers could finally be sold from Tottenham. The club will want to get something for him ahead of the final year of his contract. He is held in very high regard at Luton Town but could that club afford him? It is hard to see a club outside of the Championship taking interest since that is the only league he’s every played. £2 million should get the deal done for Carter-Vickers but in this COVID-era, it remains to be seen exactly how many clubs have that kind of money readily available.

Weston McKennie is the subject of all sorts of rumors, this one sounds believable.

Schalke currently consider midfielder Weston McKennie as the primary "star player" candidate to be sold this summer. Southampton have concrete interest in the American as a replacement for former Schalke loanee Pierre-Emile Højbjerg, who's on his way to Tottenham. [Bild,????] #S04 pic.twitter.com/gwItuG3SxZ

Don’t expect DeAndre Yedlin to return to Newcastle United although this might drag on.

Eric Lichaj is another name who should find a new club very soon.