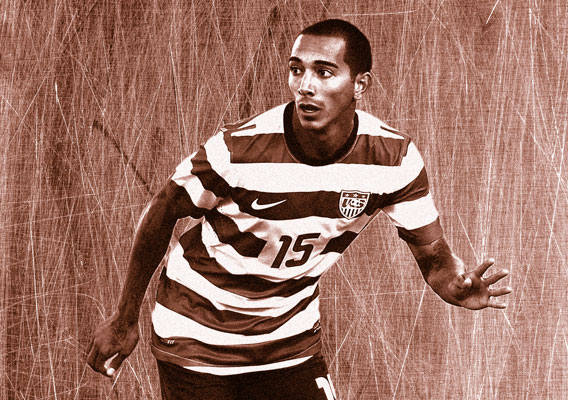 What to Watch this Weekend

9:30 a.m. (All times Eastern), GolTV
Steve Cherundolo, the long-time U.S. national team right back, captains Hannover in this daunting road match. While perennial powers Bayern Munich already top the Bundesliga table, it hasn’t been a bad season thus far for Dolo’s club either. They sit sixth in the league and are through to the knockout stage of the Europa League. It’s a quick turnaround for Hannover, who played to a scoreless draw with Twente on Thursday, but they should be up for a trip to the league leaders. Aston Villa v. Arsenal
12:30 p.m., Fox Soccer
Brad Guzan will be trying to forget last weekend ever happened. While the American goalkeeper wasn’t to blame for the majority of issues, Aston Villa lost to Manchester City, 5-0. The fixtures don’t provide much of a reprieve as another meeting with a huge club looms. The Gunners may not be a consistent top four side any more, but they’re still a very strong club with a potent attack. It doesn’t seem too likely we’ll see Eric Lichaj get a run-out, but Villa must do something to turn the tide from last weekend and get back above water. Malaga v. Valencia
2 p.m., beIN Sport Spanish (replay at 6 p.m. on beIN Sport)
Malaga have been struggling mightily in La Liga this month. They still sit in fifth, but haven’t been able to get a league win in their past four matches. Their Champions League form has been better, with two away draws to boost spirits, but, as winger Joaquin told EFE, the club knows they need a win at home to get back on track in the league. Oguchi Onyewu was the best defender for Malaga in their midweek draw, but was it enough to earn some playing time? And if so, how will he fare against Valencia and old foe Andres Guardado? SUNDAY
Tottenham Hotspur v. West Ham
11 a.m., Fox Soccer Plus
Clint Dempsey and Spurs take on West Ham, newly promoted from the Championship but sitting pretty in the top half of the table. Dempsey hasn’t transitioned as well as he’d like to life at White Hart Lane, and while his Thursday performance in Spurs’ Europa League draw against Lazio was better than previous outings, he still didn’t make much of an impact and was subbed off in the second half. With Emmanuel Adebayor suspended, Dempsey may still see action, but he needs to start producing, and soon. Fellow American Brad Friedel seems to be losing his grip on the top spot at the club, with Hugo Lloris turning in a magnificent performance in the aforementioned draw. Tijuana v. León
7 p.m., Univision Deportes
Facing the wrong end of a 2-0 aggregate score, Tijuana need everything to go their way to get to the LigaMX final. Fortunately for los Xolos, they’re headed to Estadio Caliente, where they were undefeated this season (in fact, León’s Nou Camp is the only place they’ve lost all year). Edgar Castillo is the usual left back for Tijuana, but Joe Corona also got the start because of an injury to Leandro Augusto. Whether or not the newly capped U.S. international sees action, Tijuana will have to be at their absolute best to get two goals back and force extra time. BEST OF THE REST
Premier League: Everton v. Norwich; 10 a.m. Saturday; streaming on FoxSoccer2go: Tim Howard, amazing saves, you know how this one goes. Premier League: Stoke City v. Fulham; 10 a.m. Saturday; Fox Soccer Plus: Geoff Cameron should line up at right back for the Potters and will seek to shut down a Fulham attack that includes CONCACAF opponent Bryan Ruiz, who is Costa Rican, and Dimitar Berbatov, who is Bulgarian. Serie A: Pescara v. Roma; 9 a.m. Sunday; beIN Sport: Michael Bradley. That’s really the only reason you need. Bundesliga: Hoffenheim v. Bayer Leverkusen; 11:30 a.m. Sunday; GolTV: Danny Williams, Fabian Johnson and Hoffenheim, still teetering near the drop zone but with plenty of time to improve, go up against the league’s fifth-place side. NO U.S. TIE, BUT...
Premier League: Chelsea v. Manchester City; 10:30 a.m. Sunday; Fox Soccer: A new managerial era begins at Chelsea. Better watch this game or you might miss the whole thing. Liga MX: Toluca v. Club America; 1 p.m. Sunday; Univision: The other LigaMX semifinal should make for decent viewing, though Toluca is firmly in the driver’s seat in their home leg. Serie A: AC Milan v. Juventus; 2:40 p.m. Sunday; beIN Sport: Milan are so far afield this year, this match barely makes the cut, but Juventus is on a roll again to open the season and are definitely worth tuning in for. What will you be watching this weekend? We want to hear. Share your plans in the comments section below.