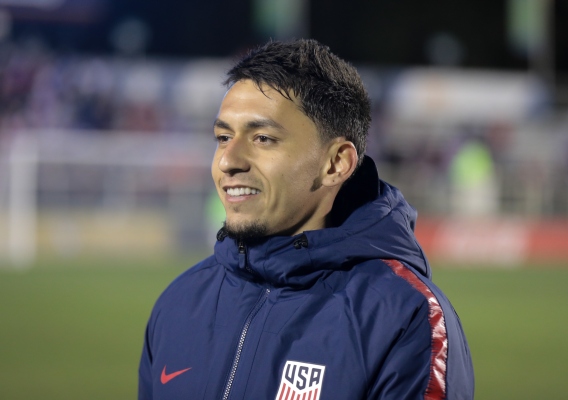 After suffering an injury over the weekend, Weston McKennie is the lastest casulty on the U.S. roster. The Texan was replaced by Marky Delgado. Now without Christian Pulisic, Tyler Adams, McKennie, the U.S. roster has taken a significant hit
BY Brian Sciaretta Posted
October 07, 2018
3:20 PM
A DAY BEFORE the United States national team camp opens in Florida, interim head coach Dave Sarachan was forced into making yet another change as Toronto FC midfielder Marky Delgado was called up to replace Weston McKennie who suffered an injury on Saturday in Schalke’s 2-0 win over Fortuna Dusseldorf.

It marks the second wave of changes for Sarachan on this roster. Earlier in the week Red Bulls midfielder Tyler Adams was removed due to a bad back and Christian Pulisic was also unable to take part with a slight tear in his calf muscle. Philadelphia Union winger Fafa Picault was called up in his place.

Missing Adams, Pulisic, and McKennie is a significant blow for the U.S. team ahead of the upcoming friendlies against Colombia and Peru. It was widely expected that the U.S. team was going to field one of its strongest teams since failure of World Cup qualifying last year. Without Pulisic, McKennie, and Adams, the team will be without three of its top young players.