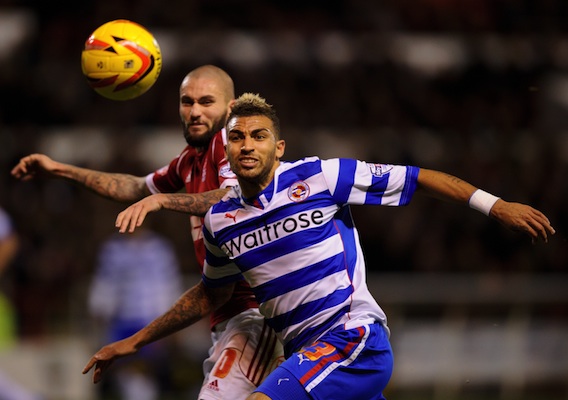 We always give the good news first in ASN's weekly Hot or Not? column. But we never leave out the bad. Josh Deaver reports on the trajectories of Sacha, Danny, Aron, Jose, and—gulp!—Freddy.
BY Josh Deaver Posted
February 21, 2014
5:20 PM

Well, you can’t say he doesn’t have a good head on his shoulders. After playing only 45 minutes in the preceding nine matches for Anderlecht—causing him to grace the lower section of this article last week—Kljestan made his return to the starting XI last weekend, scoring his eighth league goal of the season and assisting on another in a 2-0 win over Mons. In the 37th minute, Kljestan met a well-placed cross from Olivier Deschacht, sending his headed effort past the Mons keeper (and the entire backline) who failed to spy a late run into the box by the 28-year-old. After the halftime break, Anderlecht quickly added another. Receiving a one-hop throw in near the corner, Kljestan delivered a cleverly headed through ball to the feet of Ronald Vargas, who secured the three points for the Purple and Whites with a well-taken half volley. Despite a recent dip in playing time, mostly due to injury, Kljestan is nevertheless having a career year and could be in line for starting role when/if the U.S. takes on Ukraine next month.

To secure a spot in Brazil, Kljestan could be facing some stiff competition from the 24-year-old Reading midfielder. Making the start once again this weekend, Williams played 90 minutes and scored his second goal of the season in a 3-1 win over QPR. Netting in the 10th minute, the build-up was just as pretty as the finish. After a wonderfully executed movement, Williams—finding several acres of space—rushed on to a floated cross, placing his snap header in the far corner with panache. Williams has been a steady presence during his first foray into English football, emerging as an every-match starter for the Royals, which are currently clinging to the final promotion playoff spot in the English Championship.

This is a "not," as in not playing. Recently moving to Cruzl Azul on loan from the Los Angeles Galaxy, Villarreal has not yet been able to earn a place for the Liga MX side—featuring in only two U-20 matches since his arrival. With limited prospects for first-team minutes, the club announced this week that it will send Villarreal to its second-division affiliate club, Cruz Azul Hidalgo, for the remainder of the Clausura campaign. While steady minutes can only help, one wonders if the 20-year-old would have been better served competing for a permanent spot in Los Angeles, where he made 23 appearances for the Galaxy last season.

Not: a club showing abysmal form—zero wins since November 30—cynically producing a 10-minute interview with an infamous trialist who hasn’t had a relevant moment in years. Yet that’s exactly what Blackpool did. Despite a complete lack of tangible on-field results, a compulsory check in with the “next Pele” will always draw eyeballs. If rumors are true and the Seasiders are looking to bring Adu on board, it would expand Adu’s resume to 10 teams in 10 years across seven different leagues. That’s also a “not.” You want to know what’s really a "not"? Not checking out ASN’s new 2014 World Cup channel. Freshly launched, let it be your information command center for all things Group G heading into this summer’s tournament. Peruse the player profiles, videos and analysis and scout the competition before the festivities kickoff—only 110 days from now. ASN Contributing Editor Josh Deaver is a former academic turned soccer obsessive. Follow him on Twitter already.