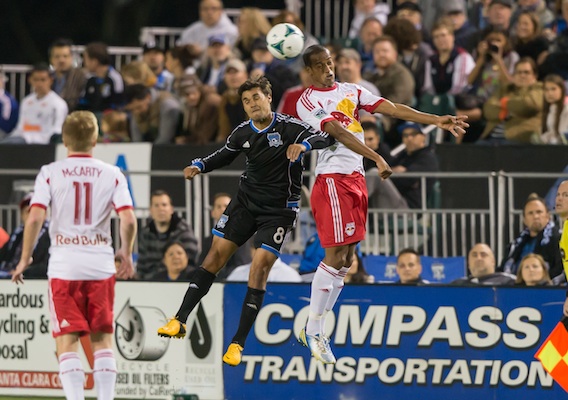 Juan Diego Madrigal, Cristian Gamboa, Michael Umañaa, Geancarlo González, Roy Miller, Bryan Oviedo, Johnny Acosta, Cristopher Meneses Midfielders
Keylor Soto, Celso Broges, Yeltsin Tejeda, Osvaldo Rodríguez, Cristian Bolaños, Ariel Rodríguez, Michael Barrantes, Diego Calvo Forwards
Bryan Ruiz, Mauricio Castillo, Álvaro Saborío, Joel Campbell, Jairo Arrieta The forwards are the most formidable group. Ruiz, who plays at Fulham, and Real Salt Lake’s Saborío were the goalscorers in the Ticos’ 2-2 draw with Panama to open qualifying. Their good showing could keep Joel Campbell on the bench, though he has starred for Real Betis of La Liga in recent weeks. MLS fans are familiar with Jairo Arrieta’s abilities, but even after winning the golden boot in the Central American championships he’s unlikely to see the pitch for Costa Rica. There’s also the return to the squad of Mauricio Castillo, the Cartaginés forward. Don’t be surprised if Ruiz actually takes the pitch as an attacking midfielder, especially with that unit mostly domestic-based. Ariel Rodríguez, one of the local midfielders, earned a surprise start against Panama but has continued to pace Pérez Zeledón in the Costa Rican league. The return of the Danish league is a help for Christian Bolaños, a winger who can get free from his defenders and set up the strong forwards with ease. Calvo, a 20-year-old midfielder, is getting his first call-up. The back line includes Everton’s Bryan Oviedo and New York Red Bulls’ Roy Miller, though neither player appeared for the national team against Panama. Instead, the team uses a mostly domestic unit anchored by Saprissa veteran Michael Umaña. There are two capable options in net with Levante’s number two Keylor Navas getting some game action last month thanks to an injury to the team’s number one. Patrick Pemberton plays for Costa Rican giant Alajuelense and got the nod to start in the first match, but Navas is a true star for Costa Rica and will likely get the starting job sooner rather than later. Jon Arnold (@ArnoldcommaJon) is a writer based in Arizona and is ASN's CONCACAF correspondent.