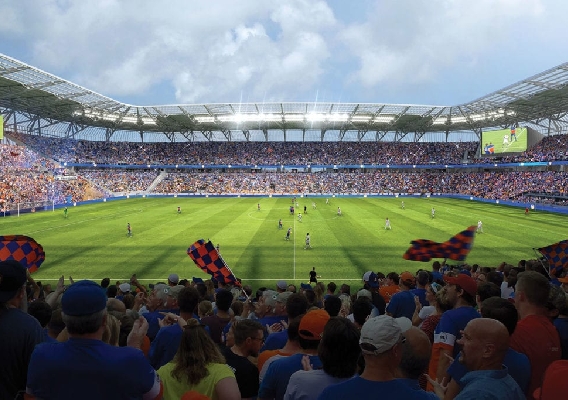 The home U.S. national team World Cup qualifier will have a different face in 2021 after five cycles in Columbus. Now the game will move 105 miles down I-71 to Cincinnati at the brand new TQL Stadium.
BY Brian Sciaretta Posted
July 28, 2021
6:05 AM

TYPICALLY, THE MOST IMPORTANT game on home soil the U.S. national team plays on a regular basis in a four-year cycle is the home World Cup qualifier against Mexico. The 2001, 2005, 2009, 2013, and 2016 editions were played in Columbus Crew stadium in what had been a tradition. For 2021, the tradition has been altered as the game will remain in the state of Ohio but will head west to Cincinnati at the brand new TQL Stadium.

The game will be the first of two qualifiers in November and that is the only month the U.S. team will play two games in an international window as opposed to three. The game will take place on November 12.

The U.S. national team had won the first four games in Columbus by the famous 2-0 scoreline but that streak was snapped in 2016 when El Tri won 2-1 in what was the final home game coached by U.S. manager Jurgen Klinsmann. Later that same week, the U.S. team fell to Costa Rica 4-0 in San Jose and Klinsmann was fired. The U.S. team ended up not qualifying for the 2018 World Cup.

U.S. Soccer has now announced the three venues for its World Cup qualifying campaign - with seven more homes games yet to be decided. 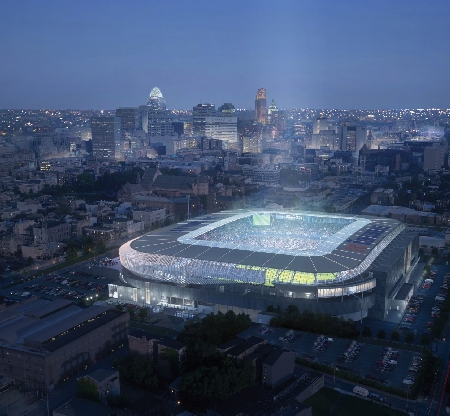 As for thoughts on this choice – it checks a lot of boxes. The new Q2 stadium is an outstanding venue and many of the new stadiums in MLS are indeed excellent. This game will be an extremely hard ticket to get and it wouldn’t be surprising to see the U.S. team continue to have a home field advantage over Mexico. That is a hard thing for the U.S. team to pull off given the popularity of the Mexican team but there should be optimism over Cincinnati.

That being said, it’s sad to see a tradition go. Crew Stadium is no longer the home for the Crew as they have moved into the even newer Lower.com field – which is also excellent. There are now two great venues in the state of Ohio.

It wouldn’t have been a surprise to see the game remain in Columbus but staying in Ohio is at least a compromise in terms of bringing a fresh face to CONCACAF’s best and most meaningful rivalry. The last time this game was held outside of Ohio was in 1997 in a 2-2 draw at the now demolished Foxborough Stadium in Massachusetts.

On another nod to the team’s history and this rivalry, US Soccer announced that four-time World Cup veteran DaMarcus Beasley will be representing the team in Cincinnati. Beasley, 39, retired in 2019 and finished with 129 caps and played against Mexico 12 times – including the 2-0 win at the 2002 World Cup which secured the team a berth in the quarterfinals.