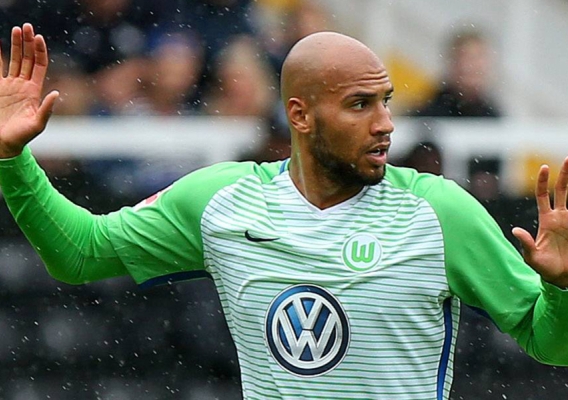 While mostly a disappointing weekend for Americans abroad, there was still plenty of good news - including John Brooks who continues to play well. But one of the most under-the-radar stories to follow is the surging Tyler Boyd.
BY Brian Sciaretta Posted
March 04, 2019
8:00 AM
THE WEEKEND FOR AMERICANS abroad had more downs than ups as a number of either missed games due to injury or are part of teams that are stumbling badly at this point of the season.

In particular, Christian Pulisc and Weston McKennie were both out of action due to injuries and saw their respective clubs suffer very disappointing results. McKennie was unable to take part as Schalke dropped a 4-0 result to Fortuna Dusseldorf (American midfielder Alfredo Morales was suspended for the game) and Christian Pulisic watched his team fall to Augsburg and now only sit atop the Bundesliga on goal differential.

But one of the dominating themes recently is that a lot of Americans are part of teams that are badly struggling and its not just McKennie and Pulisic. In the situation of Pulisic, he finds himself in another difficult situation as his parent club, Chelsea, is also in murky waters. Manager Maurizio Sarri appears to be on his way out and the club was hit with a transfer ban for the next two windows. It is very much an open question what kind of environment he will be joining this summer.

Duane Holmes is also seeing his team, Derby County, fade from a promotional fight. While Holmes has been one of his team’s better players during the stretch, the situation at Derby is still a mess. Derby suffered a terrible 4-0 defeat at the hands of Aston Villa on Saturday and it was its third loss in a row (an winless in four) and it hasn’t scored in 358 minutes in the Championship. It is now in seventh place and three points out of the promotional playoff positions.

Andrija Novakovich has also been playing well (including a goal over the weekend) but his club, Fortuna Sittard, has lost three in a row while giving up 14 goals in that span.

But the worst club position at the moment has to come from Bobby Wood and Hannover. The Hawaiian started on Saturday in an embarrassing 5-1 loss to 16th place Stuttgart to sink five points deep into the automatic relegation spots. It was Hannover’s third loss in a row and the team has been outscored 11-1 during that run. The team’s terrible performance is not due to Wood as the club is just simply being over run right now (a Bundesliga-worst -34 goal differential). Wood hasn’t been great but the last two seasons must have been demoralizing for him as Hamburg suffered relegation last year and Hannover certainly will this year.

While it certainly wasn’t the greatest outing for Americans abroad, there were some upsides too.


Wolfsburg is one of the most improved teams in Germany at the moment. After narrowly avoiding relegation last season via a playoff, Wolfsburg is in a strong position to get to Europe next year and it is neck and neck with Bayer Leverkusen for a spot in the Europa League next year.

Wolfsburg will be disappointed in settling for just a point in a 1-1 draw on Saturday against Werder Bremen (where Josh Sargent was an unused substitute), John Brooks was once again first-rate. Last weekend he impressed with Gregg Berhalter in attendance during a big win over Borussia Monchenglabach. On Saturday he was one of his team’s best players, where he even scored the team’s goal. He was outstanding in the air and effective in his distributions out of the back.

Brooks is clearly heading into the March international window with a lot of momentum.


There are always dual nationals that have choices over which country to represent. Over the past decade, U.S. Soccer gets involved in some cases (like John Brooks, Kenny Saeif, Cameron Carter-Vickers, Antonee Robinson, etc). Sometimes it passes – like Bjorn Maars Johnsen.

Right now there is a lot of talk about Efrain Alvarez, the teenage Galaxy attacker who is born in the United States but is playing for Mexico at the moment. There is also some interest whether or not Duane Holmes will catch the eye of Gregg Berhalter.

One player who is not talked much about but who could easily become the subject of interest from the U.S. team is winger Tyler Boyd. Known for his speed, Boyd, 24, is currently at Turkish top flight midtable battlers Ankaragucu form Portugal’s Vitoria de Guimaraes.

Since arriving in Turkey, Boyd has been one of his club’s best players and scored his first goal for the team last weekend. On Friday he had his best game yet in a 4-2 win over Antalyaspor.


In Turkey’s top flight Super Lig, speedy New Zealand-American winger Tyler Boyd with a monster day for Ankaragucu in a 4-2 away win over Antalyaspor. @Tyler__Boyd, 24, had 2 assists & a goal. pic.twitter.com/yAkJ07wvQG

Boyd would only be able to play for the United States if he files a one-time switch with FIFA because he represented New Zealand at the youth level. It’s reasonable to think he would switch right now if asked by Berhalter but he probably won’t hold out much longer for the United States either.


Tyler Adams, 20, continues one of the smoothest transitions into a top European league ever for a young American player. Adams once again went a full 90 for RB Leipzig in a 1-0 away win over Nurnberg. The three points from that win moved Leipzig firmly into third place and a Champions League berth next year looks likely.

The value in Adams can really be seen with how teams struggle mightily to score on Leipzig when he is on the field. In nearly 500 minutes with Adams on the field, Leipzig has conceded just once (one a fluky handball penalty called on a teammate).

But Adams is not just a defensive disruptive force. His passing is accurate and he is getting more comfortable in the final third of the field.


Andrija Novakovich is playing well even if his club, Fortuna Sittard, are struggling mightily. On Saturday, Fortuna dropped a 4-2 decision to AZ Alkmaar for its third loss in a row. Andrija Novakovich is playing well and scored his seventh goal in all competitions in the loss. The Wisconsin native, however, is not among the club’s many problems as its defense has conceded 14 goals in the last three games.

Novakovich, 22, is on the bubble with regards to a U.S. national team call-up in March but his recent output can only help. This goal was one of his first at the professional level from outside the box - showing off a different dimension to his game.


In the Eredivisie, #USMNT forward Andrija Novakovich with a goal for Fortuna Sittard - which leads AZ Alkmaar in the 50th minute. First pro goal I can remember from him scored from outside the box. Sittard has been struggling. This would be a huge result if it holds pic.twitter.com/pgPjV0lPKM

In what is shaping up to be an enthralling relegation battle between Rotherham United and Reading FC, Matt Miazga has been a huge boost to Reading’s chances at survival. With Rotherham having already won, Miazga was part of a critical, last-minute 2-1 win over Ipswich Town. The New Jersey native has greatly helped to reduce the number of goals the team has conceded. If the team’s offense can improve, Reading should avoid the drop. But for now, it sits in safety only on goal differential.

Also in the Championship, Cameron Carter-Vickers went a full 90 in a nice 2-0 win over Bolton to end a two game skid. Carter-Vickers has played well since moving into the starting XI due to injury. Competition in central defense will be tight on the national team but Carter-Vickers has impressed and, worst-case, should be an asset to the U.S. U-23 team.


ESPN’s Jeff Carlisle reported that occasional U.S. international Kenny Saief will be joining FC Cincinnati on loan from Anderlecht. ASN can confirm the move. Saief has not looked the same since his return from a long-term injury and playing time at Anderlecht has been hard to come by. When on his came, Saief is a very technical player who can create goals with an impressive range of passing. Left-footed, Saief typically plays left midfield but an also cut centrally and play a No. 10 role.

Based on FC Cincinnati’s performance in preseason and in its opening day loss to Seattle, the club needs all the help it can get with possession and play-making.