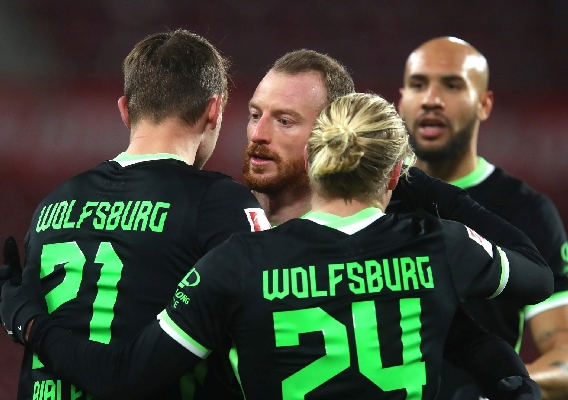 ASN's Brian Sciaretta watched a lot of soccer on Tuesday and reports about Americans in action. Also, here is a look at transfer rumors and notes from the USMNT and U-23 camps in Florida.
BY Brian Sciaretta Posted
January 19, 2021
7:10 AM

TUESDAY BROUGHT ABOUT a bunch of games and some interesting news in American soccer. Several national team players were in action and the best performances came from central defenders. For the attacking contingent, questions remain. Meanwhile, camp rolled on in Florida with news of an opponent.

With that, here is some analysis of the news.

John Brooks had his best outing in several weeks for Wolfsburg in a 2-0 win over lowly Mainz. The U.S. central defender was imposing in all areas and was strong passing out of the back. The duel and aerial numbers were remarkable.

It is going to be a fun second half of the season as Wolfsburg as it pushes for a spot in Europe. With this win, it moved into fifth place – which could be short lived as Union Berlin (one point behind) plays tomorrow. 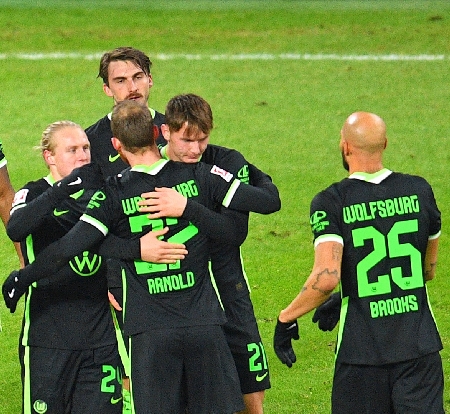 Overall, Brooks has had a nice season and this was just another example of how he is an anchor of a good Wolfsburg team that has improved since his arrival in 2017. If Wolfsburg is going to qualify for Europe, Brooks will have to play like he did in this one.

Matt Miazga was another American defender who put on a strong performance on Tuesday. The U.S. national team centerback from New Jersey helped Anderlecht stop a two game losing skid with a comfortable 3-0 win over Sporting Charleroi. 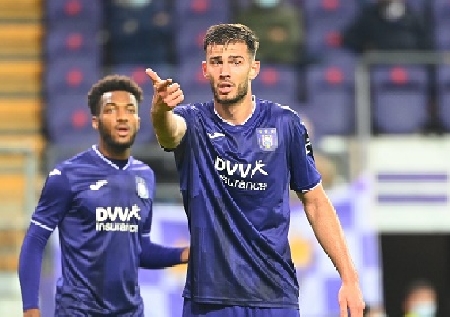 Anderlecht was the better team in this one – out shooting Sporting 15-4 while having 55% of the possession. But Miazga won his duels and aerials while also not making any major errors. That allowed the offense to push forward and dominate the game.

Moving forward, expect the chatter regarding Anderlecht looking to keep Miazga beyond this season. For Miazga, it would be useful to have a place to continue to plant roots and grow.

Josh Sargent was visibly frustrated on Saturday following Werder Bremen’s 2-0 win over Augsburg. Despite playing well, the forward from St. Louis has scored just once this season and that clearly is weighing on him.

On Tuesday, that continued as Sargent started and played 75 minutes in Werder’s 1-0 loss to Borussia Monchengladbach. In this game, it must have been tougher for the U.S. international as he did not play as well as he did over the weekend and his team lost. 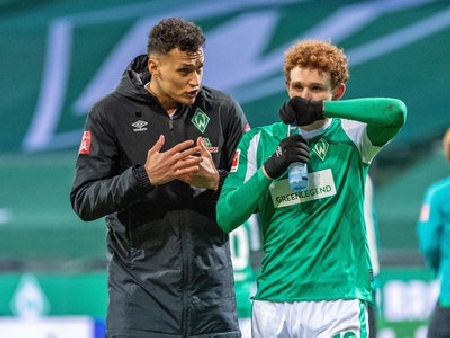 Sargent still worked hard and often drifted back into the midfield to try to win balls but in this game, it was harder as Monchengladbach was simply the better team. Werder is still doing enough to hang out safely above the relegation line and closer to midtable, but they are a tough team to watch and their offense lacks flow and creativity.

At some point, Sargent will need to score or else he runs the risk of the team looking to bring on forwards in the summer. The good news is that Sargent is a good player and for forwards, it is about confidence. If he scores one, more could follow quickly.

Christian Pulisic earned the start for Chelsea in a tough 2-0 defeat to Premier League leaders Leicester City – which may not last long due to having played one or two more games than both Manchester clubs.

Pulisic played on the left wing in this one and wasn’t great on a day when everyone on Chelsea failed to rise above an average standard. What was most noticeable is now disjointed the team looked in the attack. Frank Lampard will continue to come under fire after this one. 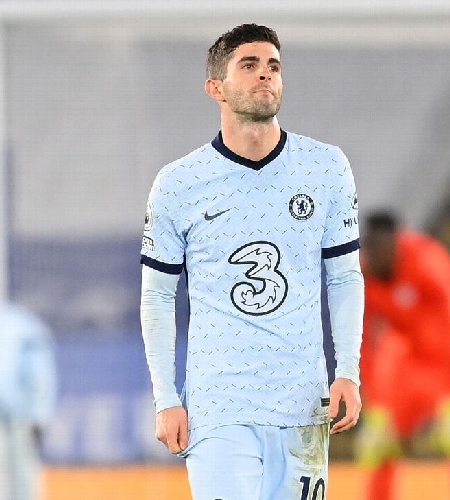 Chelsea has just one win in its last five Premier League games and it has scored four goals in that span. Pulisic is far from Chelsea’s problems at the moment but it is a tough group to stand out at the moment.

A few other Americans were in action on Tuesday.

In the Championship, Cameron Carter-Vickers started and played just the first half for AFC Bournemouth in a 1-0 loss to Derby County. Carter-Vickers, 22, was not at fault for Derby’s goal but came out when the club changed formation in the second half.

Back underway with a change of formation and a double sub ????

Also in the Championship, Matthew Olosunde started and played the duration of Rotherham United’s 3-3 draw with Stoke City. Olosunde picked up a yellow card in stoppage time but the point was valuable as Rotherham looks to climb out of the relegation zone.

Jordan Morris to Swansea City continues to be a huge story in American soccer and there is a lot to like about this move if it happens. For one, Swansea City is making a big push to land him. They value him and see a role for him, not just now but moving forward. According to reports, the deal would likely start out as a loan and if the now-Championship-based Swansea earn promotion, it would turn into an purchase.

Obviously, the team would be heavily invested in Morris and he would get a very fair chance to prove himself. But joining a team in a promotional push brings risks and rewards. The risk is playing a player on a team where things are working. To play, Morris would have to take the place of someone who has helped get the team into second place. The reward is the Premier League. 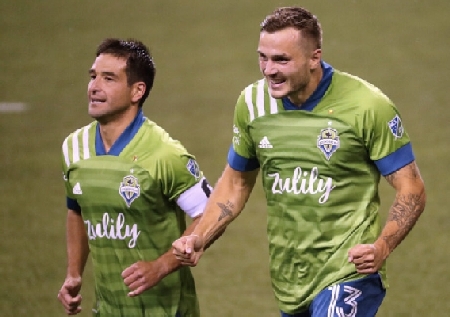 Morris has done everything he could do in Seattle and has improved as a player there. It was the appropriate place for him to begin his career but now he is ready to seek new challenges.

This would be a big moment for both Seattle and MLS as well. Many recent transfers have been younger players where the club can continue to develop the players. But Morris, 25, is in his prime and is expected to be the finished product. How can a top player in this league contribute right away?

This is a bit of a throwback to earlier American transfers out of the league – Brian McBride, Clint Dempsey, Geoff Cameron, Stuart Holden, and Carlos Bocanegra – just to name a few. 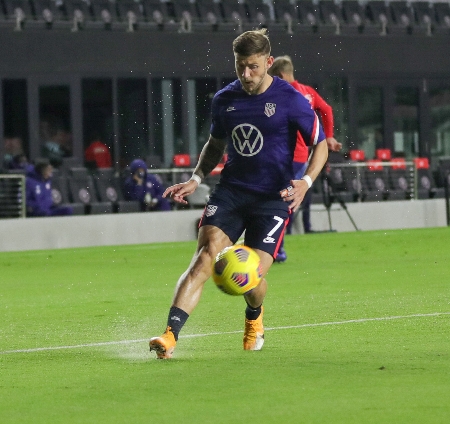 In a Wednesday bit of news, Paul Arriola is linked with a potential move to Swansea City where he might join Jordan Morris. After successfully recovering from ACL surgery, the California native set to resume his career in full swing in 2021. But that might lead him to the English Championship. It should be noted that a move for Arriola is not as far along as the move for Morris. Doug McIntyre of Yahoo Sports was the first with the news but ASN can confirm McIntryre’s report.

Arriola is a player who could do well at Swansea. While his finishing is off and on, he has a tremendous motor who can also help defensively and cover a ton of ground over 90 minutes. Known for his maximum effort and his positive attitude, Arriola is a coach’s player who would make for an interesting move to the club that eyes promotion. [EDITOR's NOTE: This piece was updated to include the information on Arriola].

Elsewhere, Duane Holmes looks set to leave Derby County. While this has been widely reported, Derby County manager Wayne Rooney confirmed the news after Derby’s win over Bournemouth on Tuesday.

Wayne Rooney confirmed that Duane Holmes is 'close' to leaving the club. #DCFC

Holmes, 26, looks set to make a return to Huddersfield Town which is in the top 10 of the Championship and was Holmes’ hometown club. It was there he played from the U-9 level all the way to the first team. While Holmes has struggled at Derby since Frank Lampard left, a return to his original club could be a comfortable location to get him back on track and play like the solid player he has shown to be in the past. 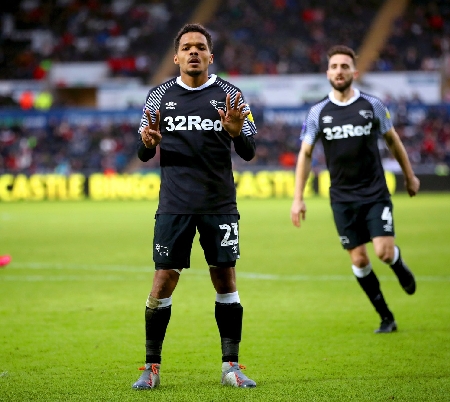 In an odd bit of news, American goalkeeper Jesse Gonzalez looks to be closing in on joining Budapest Honved FC. Gonzalez, 25, was released from FC Dallas last season after domestic violence charges. A move to the 10th team in Hungary’s top flight seems like an unusual destination.

Report from Hungary: Jesse Gonzalez is closing in on a move to Budapest Honvéd FC. The American goalkeeper was released by FC Dallas after domestic violence issues in 2020. Honved currently sits in 10th in Hungary's top flight. https://t.co/WEyh2G052Q

While it was rumored that Serbia would be the U.S. national team’s first friendly of 2021, it turns out that it will be Trinidad & Tobago. The U.S. team will host their CONCACAF rivals on January 31 at 7pm EST in Orlando. U.S. Soccer also announced that 4500 fans would be allowed to attend the game.

Facing another CONCACAF opponent was probably disappointing news for fans but the difficulties of scheduling any friendly during the COVID-19 pandemic is remarkably difficult. Any time the team gets any chance to play is a good thing. 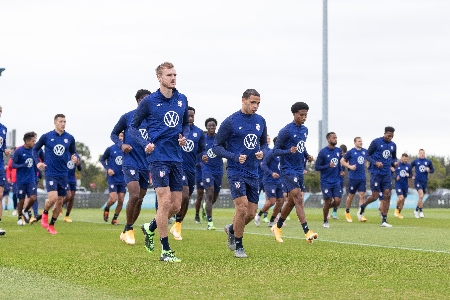 Djordje Mihailovic, Jackson Yueill, and Sebastian Lletget all spoke to the media on Thursday. All three sounded confident over the young contingent of players. Lletget noted the confidence of the team’s young players while Yueill noted that there was essentially no drop off in quality among the younger players who would have been on the now-cancelled U-20 team. 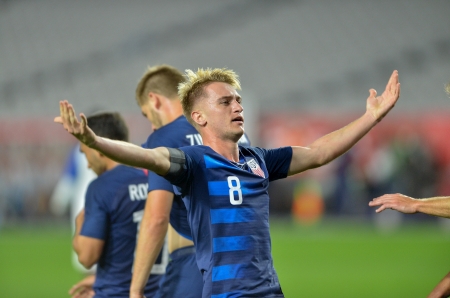 Mihailovic has worn the U-23 arm-band at times throughout this cycle and his was adamant about the team’s growth throughout the cycle and that it looks far sharper now than its first few camps.

In one important note, LA Galaxy right back Julian Araujo has rejoined the team after withdrawing earlier in the camp. Meanwhile, Bryan Reynolds has left the U-23 team camp due to “personal reasons.” Reynolds, 19, has been linked with a transfer to Juventus while Third Degree reported the FC Dallas fullback had tested positive for COVID-19.