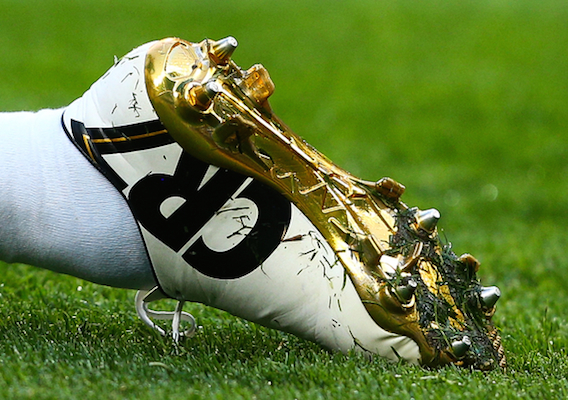 Cristiano Ronaldo is going to need more than gold cleats to help him defeat the United States. That's why he has teammates. Slate goes deep on denim. A defender joins Twitter.
BY Noah Davis Posted
May 20, 2014
8:08 AM