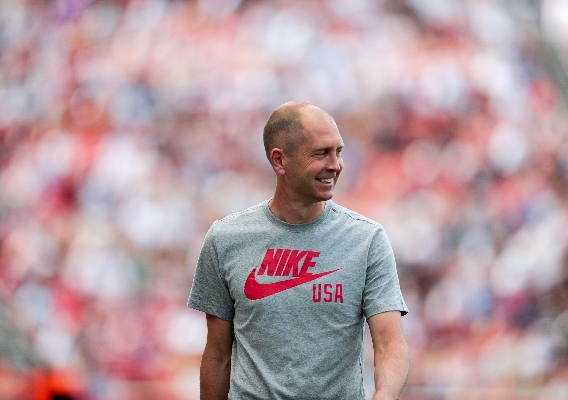 After nearly four years, the U.S. national team will play its first World Cup qualifier. The bitter taste of that last defeat is still fresh in the eyes of the fans and the entire U.S. Soccer men's program. Now the U.S. team will be able to start anew and ASN's Brian Sciaretta with his thoughts on the players and team who be part of the opening three games.
BY Brian Sciaretta Posted
August 26, 2021
2:30 AM

AT LONG LAST and after months of speculations and working towards this, Gregg Berhalter has finally revealed his first roster of the 2022 World Cup qualifying campaign. Since the resumption of play from COVID, the U.S. national team has played in two CONCACAF tournaments – winning both – and played a bunch of friendlies just to build to this point of being prepared for qualifying.

Of course, the U.S. national team will open on the road against El Salvador and that will be followed up by a home game against Canada in Nashville and then a road trip to Honduras. If the U.S. can rack up points early, it will pave the way for smooth qualification.

Part of what went wrong for the United States in the failed 2018 qualification wasn’t the ending, it was the poor start – with two opening losses.

Here is the roster along with thoughts on the team. 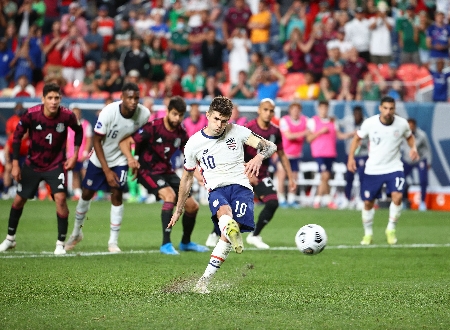 This is very strong roster. Is it 100%? No. There are some injuries and players left off because they haven’t played lately due to recent or possibly pending transfers. But the odds the U.S. national team or any other national team will be at 100% is very slim.

What the team has right now is Pulisic, Adams, McKennie, Dest, Brooks, and Reyna on a roster. Those six players – all Champions League starters from clubs in the “Big Five” leagues of Europe – are on the team. Then you have key backups and other key contributors too. 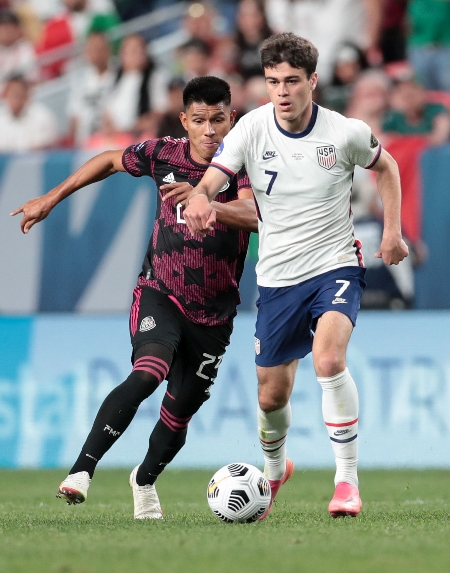 A big portion of this new qualifying formation (with eight teams, and three-game windows) is that it will be a test of depth. That is a good thing for the United States as it now has more depth than just about any team in CONCACAF.

Teams are going to be hard pressed to start players for all three games in one window – and the U.S. team can handle missing certain players at any point in time. One question many don’t seem to be asking is how opponents treat games against the United States and Mexico? Do they start their best lineups, or do they field backups while saving key players for more winnable games? That remains to be seen.

Sure, there are a few quibbles some fans might make here and there with the roster. That will always be the case. But the objections are nibbling at the margins. The vast majority of the key decisions are correct. 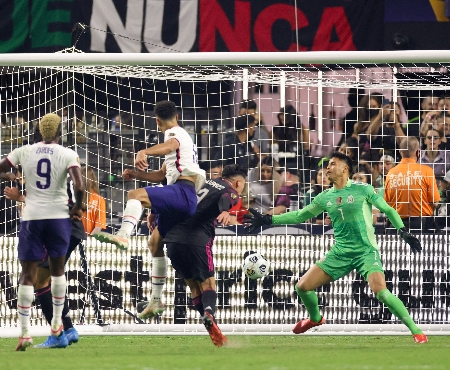 Berhalter is surely very pleased with what he was able to select, and the U.S. team should feel confident heading into qualifiers.

Calling in six central defenders (Brooks, Robinson, McKenzie, Sands, Zimmerman, and Ream) is a lot. But that has to be revealing in that Berhalter is seriously thinking about going with a three central defender formation at least some of the time in these games. Berhalter used that in the final of the Nations League and he also used it for the start of the Gold Cup – until Zimmerman was injured.

The pieces seem to fit for that approach. The U.S. team has the speedy fullbacks who like to get forward – Dest, Robinson, Yedlin, Bello – plus they also have limited central midfielders. 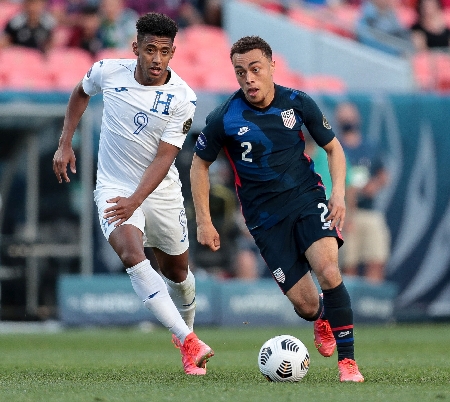 The U.S. team also has an abundance of wingers on this team – Pulisic, Reyna, Aaronson, Weah, and de la Fuente.

That seems to suggest we will see (at least sometimes) a formation that is a variation of a 5-2-3 with two wingbacks joining the two central midfielders. There were also fewer central midfielders selected in proportion to the rest of the team.

It’s hard to see Berhalter abandoning his typical 4-3-3 formation but he seems to be selecting a roster that gives him a chance to play a lot with a 5-2-3 formation. 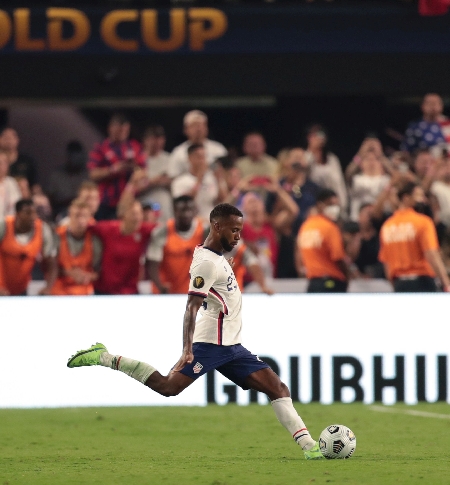 The most surprising inclusion on the roster and the one that will generate a lot of headlines the selection of Ricardo Pepi – the latest gem from the FC Dallas academy. The 2003-born forward has always been considered a top prospect in American soccer and this season he has scored nine goals in 20 appearances for FC Dallas. European scouts are starting to circle and Pepi is justifying the hype.

But lately Mexico has started to recruit him hard – Mexico’s head coach Tata Martino specifically. Pepi, a native of El Paso, is eligible for El Tri and has been publicly non-committal about such a decision. 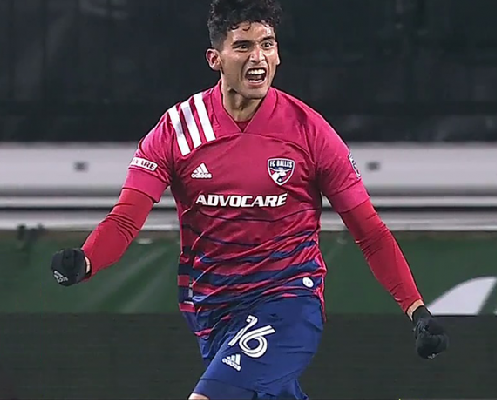 Having Pepi in this camp is a huge win for Gregg Berhalter and his staff. If they do indeed play him, they will have likely landed the top teenager American forward in several years – and doing so in the face of the U.S. team’s arch-rival.

While it is certainly a bonus to secure commitments from dual nationals who are either born and/or raised entirely abroad, it is also massively important to not let homegrown developed talent slip away.

There are few surprises on this roster. It was always expected that the overwhelming majority of this roster was going to come from the Nations League and Gold Cup winning teams from this summer. That turned out to be true. Of the 26 players on the roster, just two players were not part from either of the summer rosters. The first was Pepi, the other is Konrad de la Fuente.

De la Fuente, 20, is a welcome inclusion into the team and he has impressed mightily since moving from Barcelona to Marseille in France. The Miami-area native didn’t stand out in his first caps last year – in the break following the COVID-19 shutdown – and he had a tough time at the 2019 U-20 World Cup where he was playing up a cycle.

After moving from Barcelona this summer, he had a great preseason followed by a strong first couple of games to start the season. 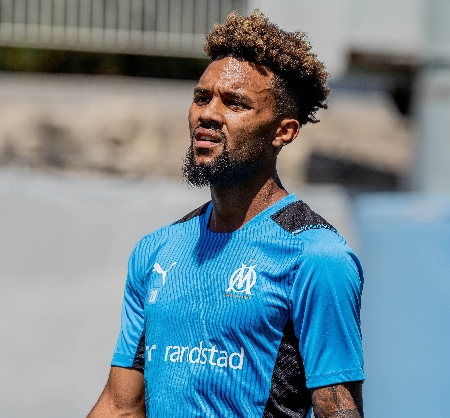 He is significant for a few reasons – one being allowing players to play natural positions. Gio Reyna and Brenden Aaronson have been playing on the wing for the U.S. team but neither is likely to remain as a winger for his club – Aaronson plays predominantly as a No. 10 for Philadelphia and now Salzburg. Reyna has already started that central move for Borussia Dortmund.

De la Fuente is a true winger. If he can play well for the U.S. team, it gives Berhalter more freedom to move Reyna and/or Aaronson into the middle.

That is still a little further down the road as de la Fuente hasn’t been with the U.S. team for some time and will probably come of the bench for the coming games.

Every roster has some tough decisions of players to leave off. This roster is no different. It's imporant to look at the players who aren't on this roster - as many of them could be part of the team later in this qualifying campaign.

In addition to long-term injuries to Richard Ledezma, Jordan Morris, and Aaron Long, there were also more recent injuries to Yunus Musah, Gyasi Zardes, Daryl Dike, and Paul Arriola. While Musah returned to training with Valencia this past week, he still hasn’t even been playing in preseason games. He will instead remain with his club during the break and attempt to return to the starting lineup.

Matthew Hoppe impressed during the Gold Cup but has instead returned to a poor Schalke team where he hasn’t played – likely looking to make a transfer. His lack of games this past month likely made the decision easier for Berhalter. Plus, of Hoppe does transfer within this week, he can adjust to his new club. The inclusion of Pepi also probably gave coverage to leave Hoppe off. 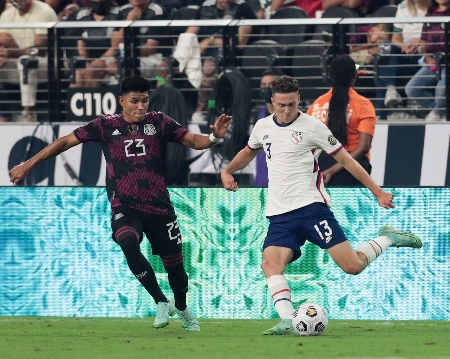 In much a similar fashion, Reggie Cannon hasn’t played since the Gold Cup final and hasn’t even been part of Boavista’s matchday rosters. He’s looking for a move and could also use the time to adjust to a new club should the move happen.

Berhalter has frequently spoken highly of Chris Richards and his omission was one of the more surprising decisions for the roster. But he has only played a few limited minutes for Bayern Munich and could very well go out on loan soon – making his time better spent securing a starting job. The U.S. team’s central defense is in pretty good shape now. Richards will likely be involved with the U.S. team sooner than later, but it would better for everyone if he was in a club situation where he was starting regularly.

After being the top option for the U.S. team at the Gold Cup and securing a move to Royal Antwerp, Sam Vines wasleft off this roster and Berhalter instead went with George Bello as the other left back along with Antonee Robinson. Vines has played just once with Antwerp and is still getting adjusted. Meanwhile, Bello has been in top form recently for a rapidly improving Atlanta team.

Matt Miazga is yet another player who is adjusting to a new team – Deportivo Alaves in La Liga – and he is yet to make and appearance for them after going on loan from Chelsea. Miazga didn’t play in the Nations League games and the emergence of central defenders at the Gold Cup made the position more competitive for him. Miazga is in the picture but will have to play well in Spain to get back into the mix soon. 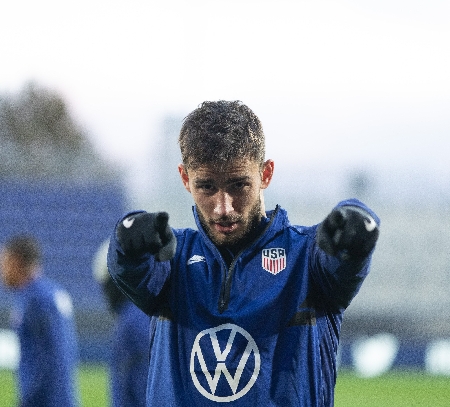 Eryk Williamson was somewhat of a surprising omission given that the team did not select many central midfielders and Williamson impressed at the Gold Cup in the wins in both semifinal and final. The likely reason is that Berhalter felt comfortable with Aaronson or Reyna shifting into the middle if needed. His omission, however, was more surprising than expected.

Gianluca Busio showed some promise at the Gold Cup but it was also revealing in that he needed to improve in other areas of his game. He is just getting situated with Venezia where he could debut this weekend. His club is going to be in a touch fight for survival in Serie A this year and Busio needs to adjust there so that he can contribute.

Nicholas Gioacchini: The Kansas City native was a useful player off the bench at the Gold Cup but could be on the move very soon from SM Caen.

Luca de la Torre: the Heracles central midfielder played well in the March friendlies but the fact that he missed out on the summer rosters (where he asked out of the Gold Cup) cost him here. He can still get back into the team but he needs to be strong out of the gate to start the Eredivisie season.

Julian Green: another player who just lost out because of other players raising their game. If he's a winger, he lost out to Pulisic, Reyna, Weah, Aaronson, and de la Fuente. If he's a forward, he lost out to Sargent, Pefok, and Pepi. If he's a midfielder, there just wasn't any room. He can get back into the mix, but he needs to step up even more with Greuther Furth.