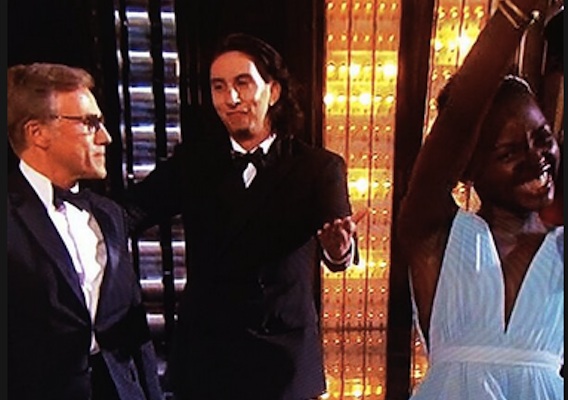 It seems only appropriate that there's a distinct Academy Award feel to this edition of Tweets of the Week. We also found out—via Dax McCarty—that Omar Gonzalez moonlights when not playing soccer.
BY Justin Churchill Posted
March 04, 2014
7:44 AM

I am currently Not speaking to any NASL teams. I don't know how that rumor got started but these rumors are not true. Thank you.

Didn't get to play today, but still finds time to give love for the traveling fans. Altidore knows how to win at Twitter.

Amazing support from the fans at wembley. Safe travels back to Sunderland. #SAFC

Rich and famous but he likes to hang on the couch and play FIFA just like the rest of us.

Laying low all day!! What to do!! #videogames #movies #tv

This tweet is better than a Royale with Cheese.

SportsCenter can't be bothered. It's a problem.

Top 10 plays on @espn just pissed me off!! Why isn't that goal against Dortmund number 1?!?!

Gotta say, everyone has to be excited to have Agudelo back in a U.S. national team kit—even if it does look like something that belongs at Wimbledon.

We bet the perpetually exuberant Holden would be equally excited to walk his dog around the block or stand in line at the DMV.

#TBT Back in the day with the U-17 national team... Smh #babyface #ussoccer trickybeas @kylebeckerman… http://t.co/FzjbfJXuLl

Anything Ellen can do Herc can do....almost as well. If Jennifer Lawrence was in this shot, it would have taken the top spot.

Let’s join in on the fun… tweet me a selfie of you watching the Oscars. #OscarSelfie pic.twitter.com/UjByV3KKGm

Timely, playful, perfect. An award winner any week of the year. We'd like to thank our parents, our agent, the cast and crew, and especially Dax McCarty for this tweet.

Congrats to @Omar4Gonzalez for his role of backstage usher at the Oscars. Doing big things bro! pic.twitter.com/ac3s6CI0GM