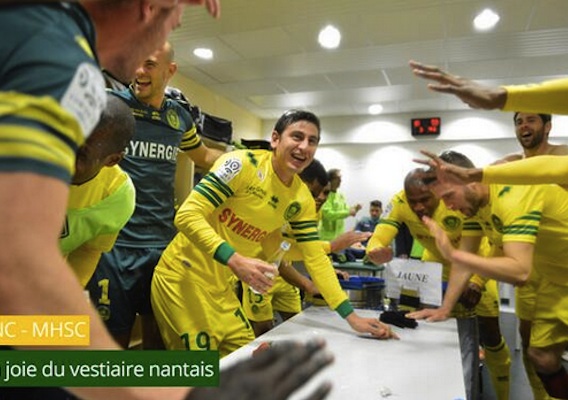 The United States men's national team is all over Twitter, and ASN's Justin Churchill pores over hundreds of tweets each week so he can bring you the 10 best every week.
BY Justin Churchill Posted
March 29, 2014
11:45 AM

Of course I got the little guy rocking his @nike AirMax's! #AIRMAX day pic.twitter.com/xff4r7Y5vN

Not a lot of these in the Nac.

Note to Sacha: Avoid Manhattan when the United Nations is in session.

Hey Obama, it's cool that you came to Brussels, but you don't need to close down every road leading to my house. Ok, thanks bro.

Despite their best efforts, the French cannot get enough of American culture—and American sports chants, apparently.

Herc just showing his skills as a comedian.

I wish I still had this get-up. It would probably still fit. #tbt #velcro #turtleneck dustinmccarty211 http://t.co/jUpC5XvhcU

Should ASN offer up more WAG coverage? Tell us below.

This show has everything, awkward pauses, good hair, and dancing!

Oops he did it again.

Chris Ritter's a true bro but the flawless #cf97 fine system is gonna cost him more than his Northwestern education ???? pic.twitter.com/jJ0ZK05fGU

Brek Shea and Miley Cyrus might just be the perfect couple.