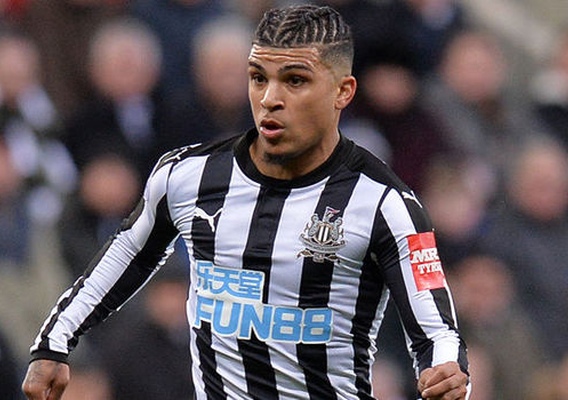 Tuesday was an important day in the news that requires a lot of analysis. So Brian Sciaretta digs deep and looks at MLS academies, the selling league concept, as well as a rundown of Americans abroad.
BY Brian Sciaretta Posted
January 30, 2019
1:10 AM
THERE WAS a wave of very significant news this midweek in the world of American soccer that requires some analysis as it affects MLS, Americans abroad, and the U.S. national teams.


DeAndre Yedlin had one of his best games of the season on Tuesday when Newcastle United pulled off a big 2-1 upset over Manchester City. To be honest, Yedlin was even at fault for Manchester City’s opening goal just 90 seconds into the game. But the Seattle native buckled down and was very impressive for the final 89 minutes. The win greatly enhanced Newcastle’s chances of avoiding a relegation battle.

There has rightfully been a lot of talk about other American right backs as Reggie Cannon and Nick Lima have done well and Sergino Dest has shown a lot of potential in the youth ranks. But Tuesday reminded everyone why Yedlin is so good. If he can build off that performance, it will be welcome news for both Newcastle and the U.S. national team.


Competition = a good thing. Hopefully Lima and Cannon keep playing well. It's good when ALL of the established #USMNT players have others making cases to take their spot. It didn't happen enough following the 2014 WC. https://t.co/XuNow6lRzi

Almiron's deal in a selling league


DeAndre Yedlin will be getting a new teammate as Miguel Almiron sealed his move to Newcastle from Atlanta in the biggest transfer to ever come out of MLS. These kinds of moves are great for the league because the magnitude of the move sends a message that the league can be a great stepping stone from South America and to the Premier League.

It will take awhile but becoming a selling league shifts the narrative that the league is not a place for a player to boost his career. But the facts are starting to change quickly for MLS and this will be the biggest factor that changes its image for the better.

Just look at what is going on over the past few weeks. Tyler Adams had a great Bundesliga debut just weeks after being sold from the Red Bulls. Leeds United is cruising to promotion in the Championship this year and former NYCFC forward Jack Harrison has made 20 appearances. Alphonso Davies was sold to Bayern Munich over the winter and he made his first team debut over the weekend. Chris Richards was sold to Bayern despite having never made a first team appearance for Dallas. Now Almiron will move with a massive pricetag.

It doesn’t have to be American players. The league has to boost the careers for everyone in it. There is no question it has been trending in the right direction recently.


So while things are going well on the selling front, there is troubling news regarding a few MLS academies.


I've heard talk of academy closure around 4-5 MLS clubs. AFAIK only 1 has explicitly requested to shut down their academy. HGP territories situation seems to be more in flux, my guesstimate would be a change in the next 1-4 years https://t.co/3FuBZANCjc

Obviously some clubs do not use their academies to the fullest and the ending of geographic restrictions will be a huge boost to allow the best MLS academies in the country to prosper.

There are arguments for training compensation and solidarity payments, and that is fine. That should be done. But that is small change compared with earning a big transfer fee for a player. That is what academies are looking for and that is why it is such a huge setback when players like Weston McKennie, Richard Ledezma, and Sebastian Soto leave for free.

Training compensation does have another advantage, however, in that it would discourage some European clubs from the American market. One of the most intriguing aspects of looking for players in the United States is that they are cheap. Training compensation makes these players more expensive and increases the chances of them staying here.

MLS can change the narrative with good decision making. If it shows that it is willing to sign, play and sell these players, then there will be plenty of incentive for players to stick around to start their career.

But it is in the best interest of American soccer to see players earn transfer fees on their way to Europe. Having Weston McKennie leave for Schalke was good for his career but is only good for the game in the United States if it serves as a wake-up call to force change. A continued exodus of uncompensated players only leads to worse development in the United States because no one is incentivized to do it the right way. Good development needs to be rewarded in order for good development to continue.


Cameron Carter-Vickers, 21, has struggled for playing time but has started two consecutive games for Swansea City, including yesterday in a 3-3 draw Birmingham City.

Carter-Vickers has a big opportunity for the next six weeks as fellow Swansea central defender Joe Rodon is out with a broken foot. This will allow Carter-Vickers to play straight into the March international window and be in good shape to impress new manager Gregg Berhalter.

But it will also allow himself to showcase himself to another team since he is at Swansea on loan from Tottenham and does not seem ready to contribute to their squad. Where will Carter-Vickers play next season? A lot of that can be determined in the weeks ahead.


Just days after joining Reading on loan, Matt Miazga made his first start for the club that is in the middle of a fierce relegation battle. The New Jersey native went the full 90 in a 1-1 draw against fellow relegation battlers Bolton.

Miazga played well but the game was a huge setback for Reading which was winning throughout but allowed a stoppage time equalizer. Three points against a poor opponent are a must and Reading had the chance and blew it.

But Reading will have more opportunities down the stretch and Miazga will be a factor as to where the team ends up next season.

It has been known for awhile, but Matt Polster completed his move to Rangers on Wednesday morning after securing his work permit. A lot of Americans have succeeded with the legendary Scottish club - including Claudio Reyna, Carlos Bocanegra, DaMarcus Beasley, Maurice Edu, and Alejandro Bedoya. Will Polster follow in their footsteps?

In a bit of good news, United States national team left back Antonee Robinson returned to training this week for Wigan Athletic. The English-born Robinson injured his foot while practicing with the U.S. team in England during the November international window.

On loan from Everton, Robinson is another American in a Championship relegation battle as Wigan Athletic sits in 20th place in the 24 team second tier league.