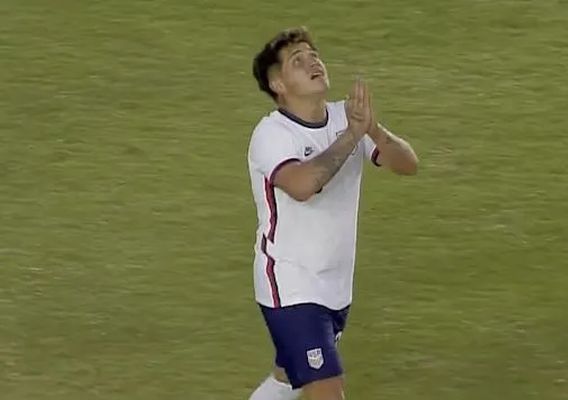 The U.S. U-20, U-19, and U-17 teams all continued on with their respective tournaments this international window. The results were mixed but the performances were generally positive, even with the U.S. U-20s who dropped a 2-1 loss to Mexico. ASN's Brian Sciaretta offers up his thoughts on the games.
BY Brian Sciaretta Posted
September 26, 2022
2:50 PM

IT WAS A BUSY WEEKEND for United States youth national teams as the U.S. U-20, U.S. U-19, and U.S. U-17 teams all continued their tournaments that will take place this international window. The results have been mixed but the performances have overall been fairly positive.

Here is a rundown of some of the games.

The United States U-20 team fell to archrivals Mexico 2-1 at the Revelations Cup which Mexico was hosting. It was a frustrating result for the U.S. team as the result did not match the performance. The U.S. outplayed Mexico for long stretches of the game. Mexico capitalized on their two decent chances – a counter attack goal from LAFC’s American-born Christian Torres which was sprung by a Diego Luna turnover. The second goal was simply a perfect free kick.

Shortly before halftime, the United States pulled one back after a handball gave the U.S. team a penalty. Luna converted and the U.S. team trailed 2-1.

The second half brought no goals but the U.S. team continued to outplay Mexico. Desptie the loss, it was a loss that the U.S. team shouldn’t feel too disappointed by (given this is not an important tournament) but there should be some lessons learned.

Here are the lessons and takeaways.

Mexico’s Emergency Defending was key: The U.S. team had the ball in the Mexican box many times but most of their most dangerous chances weren’t converted due to tough emergency defending by Mexico. Mexico did well to block shots and cut out passes that would have resulted in a tap-in for the U.S. team.

U-20 team should search for a No. 9: Building off Mexico’s solid emergency defending was the U.S. team creating numerous chances only to have the final pass or shot come off unsuccessfully. This was a hallmark of a team that really could have used a true No.9.  Specifically, the U.S. team had numerous well-delivered crosses come up empty.

Prior to the CONCACAF Championships, head coach Mikey Varas gave up on looking for a No. 9 and opted to play a system without one. It worked at that time. But now with more camps to go deeper into the pool, it wouldn’t be a bad investment to look at more No. 9 players (such as Darren Yapi) and not give up on the position entirely. 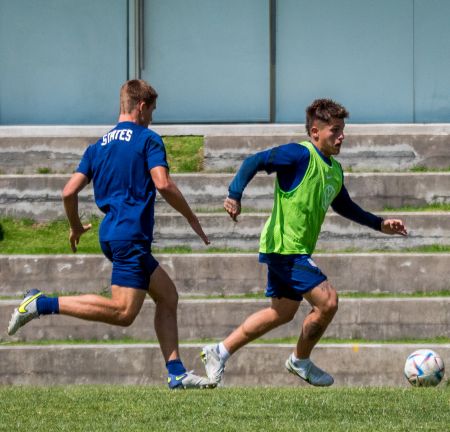 Get Paredes more involved: Kevin Paredes made his first appearance with the team since March as he was not released for the U.S. U-20 team this summer for the CONCACAF Championships. Since then, he has begun making sub appearances for Wolfsburg. In this game he was too quiet. He should be one of the team’s best players that can contribute to goals, assists, and overall opportunities at the same rate of Quinn Sullivan or Paxten Aaronson. He didn’t do so in this case but finding away to make him as dangerous as the Philadelphia Union attackers would give yet another boost to a big attack.

Luna is a conundrum: The toughest player for Varas to figure out is Diego Luna. He is skilled on the ball and creates chances at an efficient rate. Against Mexico, he converted the penalty and created a bunch of other good chances. But there are a lot of holes in his game. His defense and ball-winning still lacks. His pressing isn’t great either. He also turns the ball over sometimes with risky play in dangerous positions – especially when he plays in the middle and turnovers are more costly. His turnover led to the first goal. Varas has to think hard about how to use him. He needs to play on the wing (with the freedom to pinch in) and there needs to be cover behind him. Otherwise, he needs to be an offensive sub. He can serve an important role with the team but he is a complicated player to use. 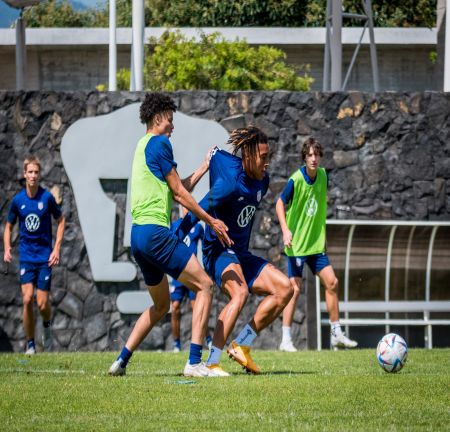 Edelman is a leader: Another takeaway is that Daniel Edelman’s role within the team is growing quickly. Over the summer, he emerged as one of the co-captains of the team along with Mauricio Cuevas. Cuevas wore the armband in the first game because Edelman did not start. In this game, both Edelman and Cuevas started, and Edelman had the armband. It seems like Edelman is very well thought of by both the staff and the other players in the pool.

Players who impressed: In this game, Edelman did well in the middle of the field and Caleb Wiley also impressed in his bid to take over the starting left back job. Sullivan also continues to be a very effective player while Paxten Aaronson has players on their heels even when his final ball isn’t quite working.

Overall, it was a game for Varas to learn some important lessons. It shouldn’t be a loss that makes a coach question everything and believe his team is far away from where it should be, but it is a loss that shows his team is good but has fixable problems.

It was a win that shouldn’t have Mexico feeling particularly great either. 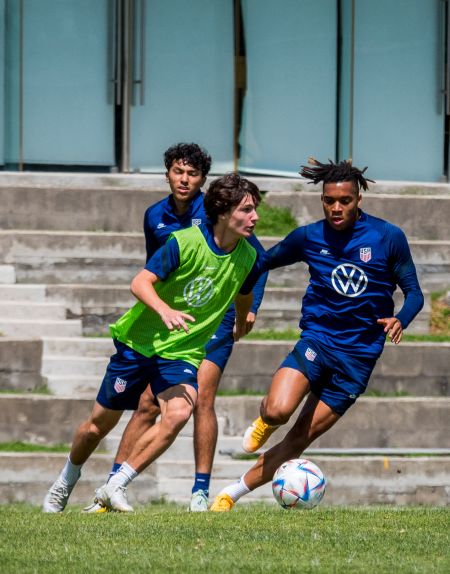 It was an impressive win for the U.S. U-19 team at the Slovenia Nations Cup which defeated Croatia 4-3 despite playing down a man from the 61st minute after Owen Wolff was sent off with a second yellow.

While Wolff was eventually sent off, he scored the opening goal in the 5th minute while Nolan Norris scored the second goal.

The final two goals the U.S. team scored were by Inter Miami midfielder Benjamin Cremaschi who gave the U.S. a 3-0 lead in the first half before Croatia scored two to pull within one early in the second half. Cremaschi scored again for a 4-2 lead but Croatia scored shortly after Wolff was sent off but the U.S. team’s defense held strong for the 4-3 win.

Here are some takeaways on some of the individual players (which is what the U-19 team is all about since it doesn’t have a World Cup as an end goal). 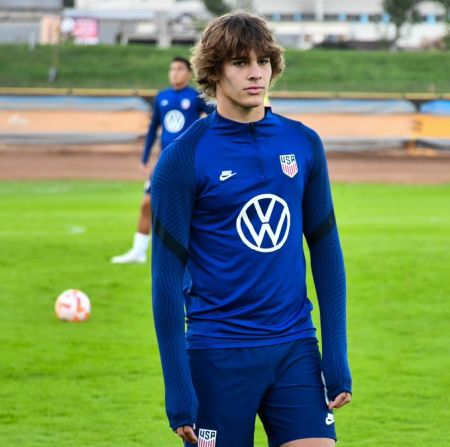 Favian Loyola impressing: The Orlando City attacker has been one of the best U.S. players at this tournament. He assisted in two goals against Malta in the opener and then in this one he assisted in one and was critical in the build-up. As a 2005-born attacker, it’ll be tough for a move up to the U.S. U-20 team this cycle as that team is doing well offensively. Still, he’s knocking at the door if other players fall from form. But he is in a good spot to start the next cycle in what is now less than a year away. In the meantime, he needs to focus on getting into the first team at Orlando next season.

Benjamin Cremaschi: the Inter Miami midfield had a very good game playing in the No. 8 position and is another player who looks like he could be knocking on the door with the U.S. U-20 team and is a likely key player to start the next cycle. He didn’t just score two goals in this game, but he also was big in creating the Wolff goal. Inter Miami wants to be a team that develops young players and Cremaschi is a good one. He needs to be pushing for minutes next season.

Josh Wynder: The Louisville City central defenders is one of the most highly regarded prospects in this pool and assisted on the Norris goal with a pass over the backline that sent Norris into position to score. But he also gave the ball once for Croatia’s second goal. It was a bad error but it shouldn’t hurt his stock. He is one that should be moved up promptly to the U.S. U-20 team.

Rodrigo Neri: the Atletico Madrid forward has been terrific with the U-19 team and playing as a forward, he looks like a potential option for what the current U.S. U-20 lacks. He can score, he can pass, and he can hold the ball up. In this game, he came off the bench and displayed all those traits. 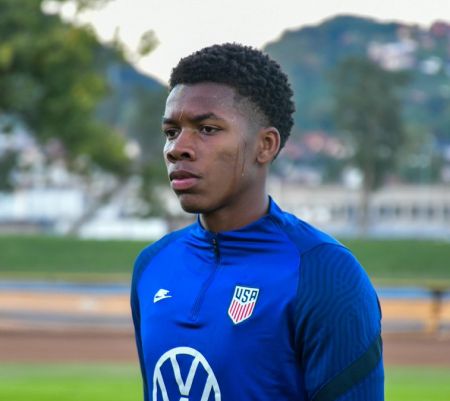 The U.S. U-17 concluded the Vaclav Jezek Tournament on a positive note on Sunday with a 4-1 win over the Czech Republic. The came on the heels of two losses, a 1-0 defeat to Slovakia and then a 2-0 loss to Germany on Friday.

Just in case you missed it, here’s a replay of the #U17MYNT goals!

The U.S. had a good tournament despite the one win and two losses. As mentioned last week, the U.S. U-20 team was playing with a U-17 team with birth years 2006 and younger. The remainder of the teams were playing with mostly 2005-born players.

Against Germany, the U.S. U-17 team played well and were able to compete well with a good German team.

In terms of standout performers, Adrian Gil of Barcelona continues to be a very important player with this team and an exciting prospect. Charlotte FC’s Brian Romero, who earned headlines over the summer when he drew a penalty to equalize for Charlotte in a midseason friendly against Argentina, also impressed with this team against the Czech Republic. Both were important in the win over the Czech Republic.

The U-17 team will not have World Cup qualifying until May but they look to be in good shape and this tournament was a good test against talented and older opponents.