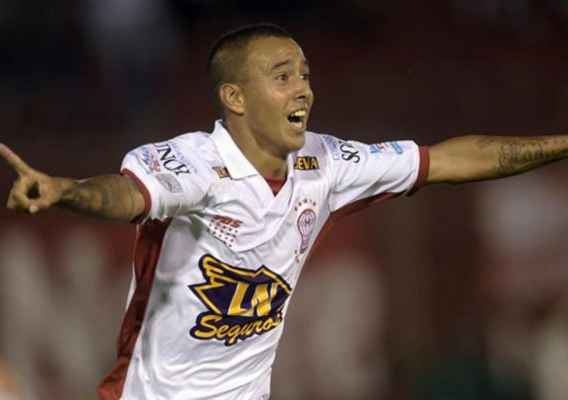 The weirdest transfer saga of recent memory in MLS is now over after 8 ½ weeks, the Red Bulls finally land their man. RBNY expert Mark Fishkin writes about the saga for ASN
BY Mark Fishkin Posted
February 18, 2018
12:10 PM
ONE OF THE STRANGEST, longest drawn out incoming transfer sagas in MLS history came to a happy end for Red Bulls fans Friday when the club announced that Alejandro Romero (Kaku) Gamarra had finally signed a Young Designated Player contract.

The protracted, fifty-eight-day drama was a roller coaster for fans, who had heard numerous times that the deal for the 23-year-old Argentine Youth International midfielder was on, then off, then on again.

While Argentines have starred in the league for years now, in players like Guillermo Barrios Schellotto and Frederico Higuain in Columbus, and Diego Valeri in Portland, MLS Sporting Directors have turned their collective focus to young South American players in a big way over the last twelve months. Despite New York’s unhappy three-year relationship with Gamarra’s countryman Gonzalo Veron, a scouting trip to Argentina in December by Red Bull Sporting Director Denis Hamlett and Head Coach Jesse Marsch zeroed in the dynamic, left-footed Huracan winger as their prime transfer target this offseason.

The South American sporting press jumped on the story, and it soon became apparent that a major wrinkle would prevent the purchase from going quickly or smoothly. Was Gamarra’s former agent Marco Simonian due a portion of the reported $6M transfer fee? Would moving forward while cutting Simonian out of the transaction spark an international lawsuit?

As the war of words and the confusion around Gamarra’s representation wore on, all New York fans could do was watch a string of conflicting press reports the went on for weeks about the deal finally getting done, or was about to fall apart, or was dead, or that Kaku was “hours away” from boarding a plane to New York.

As reported by Brian Lewis in the New York Post, a transaction between Huracan and Simonian, with Gamarra giving up some personal revenue, pushed the deal forward, and finally got Kaku on a flight to the United States.

In the pre-dawn hours of February second, a few dedicated members of the Empire Supporters Club headed to JFK Airport before dawn to meet a flight that they hoped was carrying the newest Red Bull. Turned out they got it right.

However, the signing announcement didn’t come, and Kaku’s social media feed did nothing to give away his location. As the Red Bulls headed to Tuscon for the second phase of their preseason, was Gamarra with them? Red Bulls fans scrambled for any evidence. While the Red Bulls Communications team did their best to keep him away from any cameras or social media, his teammates gave his whereabouts away while celebrating defender Amir Murillo’s birthday:


Concurrently with Friday’s Red Bulls signing announcement, Atlanta United shared the news that the Red Bulls had sent the club $50,000 in General Allocation Money for the discovery rights for the player.

New York traded away the Sacha Kljestan, the MLS assist leader each of the last two campaigns this offseason, and while the Red Bulls have added attacking players like Carlos Rivas from Orlando City and Marc Rzatkowski from Red Bull Salzburg, Gamarra has been brought in to try and replace Kljestan’s output. "I want to play as many games as possible, score many goals, assist Wright-Phillips, be a great team and make things difficult for all other MLS teams,” Kaku said on his finally joining the roster. Gammara has only been practicing with the Red Bulls for the last few days, putting an appearance in Thursday’s CCL match against Olimpia likely out of the question.

Where Gamarra will play for New York is a question. The left-footed Kaku as lined up on the right side for Huracan, where he can cut in and attack the net. Playing in the same role for New York would seem to push homegrown Alex Muyl to the bench and give the central attacking role to Sean Davis. Marsch also has to consider where Tyler Adams fits best in a now crowded midfield.

Whether Gamarra will be ready to contribute on March 1st in the home leg of the CCL Round of 16, or in the club’s MLS opener against Portland on the 10th, Red Bulls fans are hoping that long, wait for Kaku will have been worth it.