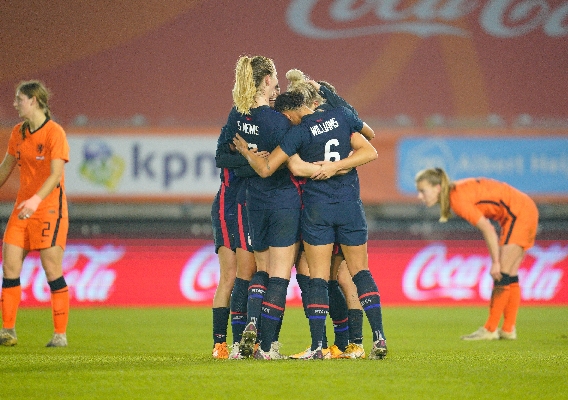 The United States women's national team defeated the Netherlands 2-0 in Breda in what was a rematch of the 2019 World Cup final. ASN's John Halloran is here to give you his thoughts on the team's first game in nearly nine months.
BY John Halloran Posted
November 27, 2020
1:55 PM

IN ITS FIRST contest in over eight months, the United States women’s national team defeated the Netherlands 2-0 on Friday afternoon in a rematch of the 2019 World Cup final.

The Americans’ scoring in the game came on both sides of the halftime break with Rose Lavelle tallying in the 42nd minute and Kristie Mewis adding a second goal in the 71st minute. Debutants Sophia Smith and Jaelin Howell also earned their first caps for the U.S. on the night.

WHAT A RETURN FOR KRISTIE MEWIS

A decade ago, Kristie Mewis was tapped to be one of the next upcoming stars for the United States women’s national team. After a prominent youth national team career—where she won U.S. Soccer’s Young Female Athlete of the Year—and helping Boston College to the NCAA College Cup in 2010, she started earning call-ups to the senior national team in 2013.

By 2014, however, Mewis had fallen off the national team radar and over the next few years moved among eight separate clubs and three different positions in the first five years of her professional career. Then came an ACL injury. 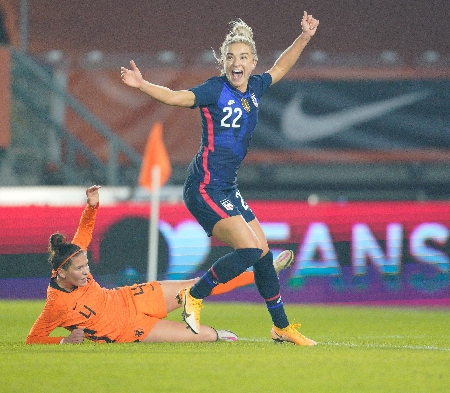 Last year, following her recovery from knee surgery, Mewis finally began finding her form again, which led to a U.S. camp call-up last winter. This summer, Mewis excelled in her club play for the Houston Dash and helped the team win the National Women’s Soccer League’s Challenge Cup. That led to more call-ups in both of the Americans’ fall training camps.

On Friday, Mewis earned her first cap since 2014 and only 10 minutes into her return, topped off her comeback—running on to a flick from Lynn Williams to get behind the Netherlands defense—with a beautiful goal to help seal the American win.

Last summer, Rose Lavelle showed the world what she was capable of on the world’s biggest stage, wowing observers with knifing runs throughout the 2019 World Cup. 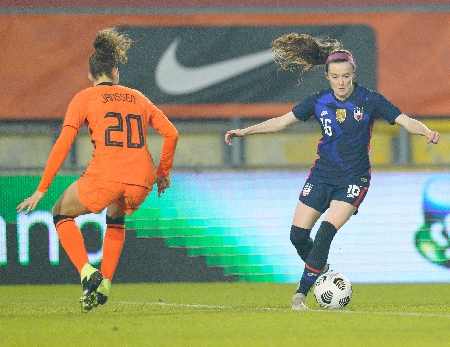 Then, in the final, Lavelle put the cherry on top, running at the Netherlands’ defense, bringing the ball over to her left foot, and netting a goal from the top of the 18 to secure the Americans’ fourth world title.

On Friday, in a bit of déjà vu, she hit a nearly identical shot, running onto the end of a pass from Christen Press, cutting the ball to her favored left foot, and hitting a shot so well-placed that Dutch goalkeeper Sari van Veenendaal barely moved.

Rose Lavelle's defensive pressure ~60 yards down the other side of the field actually creates the turnover that leads to this banger of a goal.pic.twitter.com/Qd9B6mK50C

Despite the long layoff between games for the U.S. side and playing a Netherlands side ranked No. 4 in the world, the Americans dominated long stretches of play on Friday, and limited most of the Dutch’s possession to their own side of the field.

When the Netherlands did manage to get forward, the American backline of Kelley O’Hara, Abby Dahlkemper, Becky Sauerbrunn, and Crystal Dunn was outstanding. They shut down all of the Dutch counterattacks and made U.S. goalkeeper Alyssa Naeher’s day fairly easy.

The final shot count ended at 14-2, and the U.S. kept the Netherlands from putting a single shot on frame over 90 minutes.