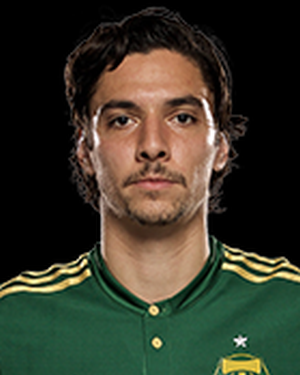 Zarek Valentin follows in the Heath Pearce mold: goofy, outgoing, fun, versatile, and talented. The young man keeps things loose with his humor but is also developing into a solid pro and a fringe national team candidate.

After two impressive years as a member of the Akron Zips, Valentin joined Chivas USA, who picked him fourth in the 2011 MLS SuperDraft. He saw enough time during his rookie season—25 games, 24 starts, 2,114 minutes—that he "graduated" from his Generation Adidas contract. When Chivas left him unprotected in the expansion draft, the Montreal Impact swooped in and grabbed him. The transition wasn't too difficult for Valentin, as he joined former Chivas USA standout Justin Braun, as well as his childhood friend Andrew Wenger.

Valentin has played both centerback and on the right side. "I grew up as a center back my whole life, and I'm slowly transitioning to the right, and I feel a certain level at both," he told ESPN after being selected by the Impact. "In time, hopefully, I develop into a better center back."

Valentin, a veteran of various United States youth teams, was a member of the U-23 squad that failed to qualify for the 2012 Olympics. He played on the right, pairing with former college teammates Perry Kitchen and Kofie Sarkodie. He's not yet in the mix for the full national team, but he could eventually reach that level, especially as he continues to improve north of the border and gain experience in MLS.

Whatever happens, there’s a good chance Valentin will be laughing all the way.—NOAH DAVIS