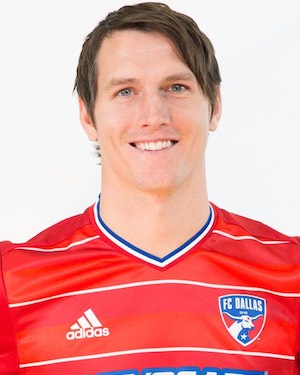 Zach Loyd, the excellent athlete out of Oklahoma, played multiple sports growing up before focusing exclusively on soccer late in his teens. He developed into a versatile back (with a long throw-in that can be used as a dangerous weapon), but he needs more refinement. Still, Loyd is a solid and occasionally spectacular outside defender in Major League Soccer and a potential national team candidate.

FC Dallas drafted Loyd 5th in the 2012 MLS Draft after watching his successful career at the University of North Carolina. Loyd almost immediately jumped into the starting backline, figuring in 24 matches during FC Dallas's run to the 2010 MLS Cup. His solid play earned him a call into Bob Bradley's final January camp in 2011, and he made his national team debut against Chile in January 2011.

Perhaps Loyd's best attribute is his most American: the work ethic and ability to run forever. "I think he would be one of the more fit players I ever coached.... But he definitely is one of the most fit players playing soccer, not just in the league but playing soccer," FC Dallas coach Schellas Hyndman told ESPN in early 2012.

But fitness will only get a player so far, especially on the international stage. While Jurgen Klinsmann called Loyd into the January 2012 camp and gave him two more caps, the defender has yet to figure in an A team match. If he is to move up the depth chart, Loyd will have to refine the technical side of his game.—NOAH DAVIS

Klinsmann on Loyd:
"We empower the players to be the driving force so when Brek [Shea] comes in or hopefully George [John] comes in hopefully the next time or stuff like that or Zach Loyd comes in we say you guys are in the driver’s seat. You’ve got to show us how much you want this, how far you can go, how much you’re able to suffer and obviously your qualities that are given to you that you worked hard on many, many years." (March 2012)