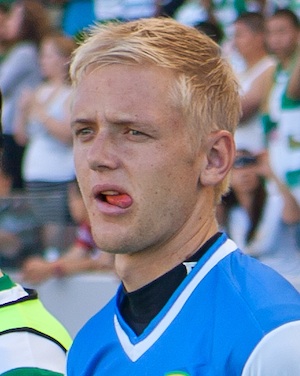 Once he started playing regularly, William Yarbrough quickly showed he was more than just a novelty as the blond-haired, blue-eyed Mexican kid with the Anglo name proved he was of the top goalkeepers in Liga MX.

The son of American missionaries from Texas, Yarbrough was born and raised in Mexico and came up through the prestigious youth side of Pachuca. In 2010, at the age of 21, he began a year-and-a-half stint loaned out to second division sides, where he got more than 50 starts to get some seasoning.

That led to a loan, and then a permanent move, to Club Leon in 2012. The Tex-Mexican led Leon to a pair Liga MX titles while emerging as one of the country’s top goalkeepers. At six-foot-three Yarbrough has prototypical size for his position and the quickness and reflexes of a smaller player that make him a strong shot-blocker.

Because of his dual citizenship he was eligible to play for national teams on both sides of the border but in March of 2015 he accepted a callup to the U.S. national team and just days after turning 26 he made his international debut when he replaced Nick Rimando in the second half of a friendly against Switzerland. —BROOKE TUNSTALL