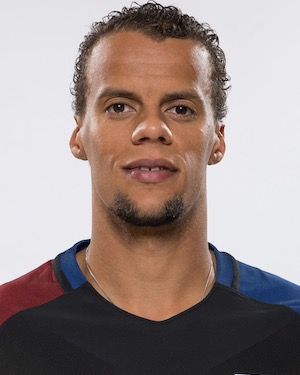 Few doubt Timmy Chandler’s ability to play international soccer. It’s his passion and commitment to U.S. Soccer and an international career that still has some doubters. Skillful enough to play midfield in the Bundesliga at 20, fast enough to play fullback and versatile enough to play either flank, Chandler seemed too good to be true when he seemingly emerged out of nowhere and debuted for the U.S. against Argentina in March of 2011 just weeks after making his first team bow with Nurnberg of the German top flight. The son of an American serviceman who was born-and-raised in Germany, Chandler insisted he was committed to playing for the U.S. yet kept turning down call-ups that would have permanently cap-tied him to the Red, White and Blue, thus raising more than a few eyebrows among American fans.

Chandler was adamant that he just wanted to focus on his club career and wasn’t angling for a call-up by Germany and he finally ended and chance of playing for the Germans when he started for the U.S. in a World Cup qualifier against Honduras in February of 2013. That game was a disaster for Chandler as the U.S. lost and he seemed disinterested and showed little of his athleticism as he wilted in the Central American heat.

Jurgen Klinsmann didn’t call him back for the rest of qualifying but he finally returned for a friendly against Russia late in 2013 and appeared to be back in the coach’s good graces when he suffered a torn meniscus in February of 2014 that seemed to scupper any chances Chandler had of going to Brazil.

But after an aggressive rehab got him back on the field for his club before season’s end, Chandler was a surprise on the U.S. World Cup roster and while he didn’t play in Brazil, his inclusion was indicative of the future Klinsmann believes Chandler has with the U.S. Now it’s up to Chandler to show how much he wants it. – BROOKE TUNSTALL

Klinsmann on Chandler:
“In Timothy Chandler you have a highly talented player who is growing into the left back position. And still he's a raw talent. He still has to learn a lot of things. He knows that. And there's a lot of upside in his game that can develop. But for right now, he has that starting position. It's his. And he's moving along in that process." (November 2011)

“I have had long conversations with Timmy about where he is in his professional career and his commitment to playing international football. He has expressed his appreciation for all the opportunities we have given him, but he also feels at this point he needs to take a break. It’s disappointing not having him as a part of the team at this important juncture of building our team, but ultimately a player must decide what is best for him. The door is certainly not closed on Timmy, but in the moment we move on without him.” (May 2012)