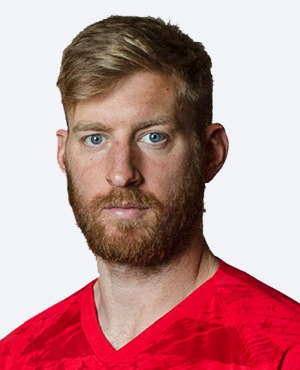 The 21st century center back is supposed to be as comfortable on the ball as a central midfielder. Sure, they still defend, but the best of breed also need to kick-start the attack, bypass defenders with well-placed long balls, and defuse pressure with tidy outlet passes. Tim Ream, perhaps more than anyone in the entire U.S. national team pool, is a 21st-century center back. Offensively, he has all the tools. Defensively, however, he has struggled at key moments, mostly with physical play — especially when wearing a U.S. jersey.

Ream, the New York Red Bulls’ second-round pick in 2010 after four seasons at Saint Louis University, stood out from day one, going the full 90 in New York's season opener his rookie year. After that remarkable first season—in which he was a finalist for MLS Rookie of the Year—Ream earned his first U.S. national team call-up in November 2010 under then-coach Bob Bradley. Ream started and played 65-plus minutes in a 1-0 win over South Africa in Cape Town, and for a few months it seemed like the 23-year-old was on the fast track to stardom.

Reality set in soon thereafter. Ream started in central defense for the U.S. during the 2011 Gold Cup but some costly mistakes landed him on the bench after two games. A few months later in a U.S. friendly against Ecuador, Ream came on as a substitute, missed a defensive assignment, and cost the Americans the match, after which Jurgen Klinsmann dropped him from national team contention.

On the club level, Ream is in a better place. He was sold to Bolton in January 2012 and immediately stepped into the spot vacated by Gary Cahill. Although he couldn't save the Wanderers from relegation, Ream impressed with Bolton, establishing himself as a first-team defender and making 14 appearances in half a season. "To be able to come here and prove your worth and show what you’re about and play against those teams," Ream told USSoccer.com, "it can only make you better as a player and as a person and help you in the long term."

Relegation has been a blessing in disguise for Ream as its given him a chance for consistent playing time - he appeared in 42 games for the Wanderers in the 2013-14 season that saw the Bolton fans vote him the team's player of the year. Just as importantly, playing in the rough-and-tumble English second tier has made Ream better prepared for physical play and for this he was rewarded by Klinsmann when he was inserted back into the squad in the second half of a Sept. 2014 game against the Czech Republic, his first U.S. minutes in almost three years. -NOAH DAVIS

Klinsmann on Ream:
"He is one of the very promising centerbacks in this country.… He has an extreme will to learn. He’s a constant asker who wants to know how to get to the next level." (October 2011)