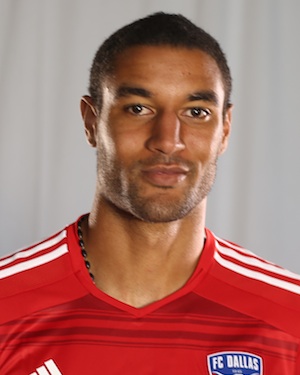 It didn’t take long for Tesho Akindele to show that the kid from the obscure Division II program few had ever heard of belonged in pro soccer.

Plucked by FC Dallas with the 6th overall pick in the 2014 MLS SuperDraft from Colorado School of Mines, where he scored a preposterous 76 goals and 35 assists in 80 games and was a four-time D-II All American, Akindele used his combination of tactical awareness, scoring prowess and athleticism to become a Rookie of the Year candidate as splitting time between wide midfield and forward, he scored 7 goals and 3 assists.

In doing so, he also touched off questions about what national team he’d play for. Born in Canada to a Nigerian father but raised in Colorado, Akindele became a U.S. citizen in the fall of his rookie season. He’s been coy about his preference but he turned down a couple of invitations from the Canadian national team in 2014, leading to speculation that he’d first try his luck with his adopted country. – BROOKE TUNSTALL