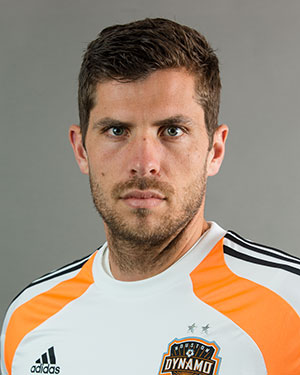 A Tribute to Tally Hall

Tally Hall has everything you could ask for in a goalkeeper. "The biggest thing with Tally is, he's got everything. He's 6-foot-4, he's a great athlete, he's got good hands, he's a bright young man, he's a student of the game. And then, the X-factor: He's a great guy in the locker room, a great guy to have around," Hall's college coach, Lev Kirshner, said in 2008.

After a standout career at San Diego State University, the goalkeeper nearly ended up with the Los Angeles Galaxy, who drafted him in the fourth round of the 2007 SuperDraft (one day after signing David Beckham). But the Washington-born talent decided to try his luck in Denmark instead, joining Esbjerg. Hall—who trained with the U-23 team before the 2008 Olympics, but didn't make the team—never made a first-team start in Europe and returned to the United States in 2009.

He landed with the Houston Dynamo, playing sporadically that year and the next before assuming the No. 1 shirt at the beginning of the 2011 season. Hall impressed, posting a 1.21 GAA average for the entire year and earning a start in the All-Star Game against Manchester United. His strong showing continued into 2012, as the goalie kept the Dynamo in plenty of matches with his smart positioning, quick reactions, and excellent shot-stopping.

Hall, 27, finds himself behind a number of American netminders on the depth chart, but he continues to get better and continues to make a case that he deserves a look.—NOAH DAVIS