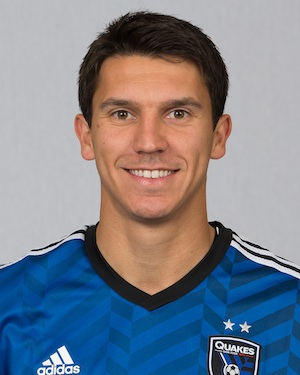 Shea Salinas’ name doesn’t immediately come to mind when thinking about the top wide midfielders in MLS, but perhaps it should. After playing for three first-year expansion teams his first four seasons as a pro, Salinas returned to San Jose, the club that drafted him out of Furman in 2009, and has been one of the most productive wide midfielders in MLS. In 2012, in a season shortened by injury, Salinas used his crossing ability to log seven assists, and the next season he finished with eight. There are American midfielders in MLS with better raw talent but few more consistent. Salinas puts in an honest day’s work defensively every match and he consistently creates scoring threats from a wide position on offense. With scoring chances sometimes at a premium for the U.S. national team, a wide midfielder who can consistently create might be worth taking a look at. Salinas might be a little old to be a national team debutant, but players like Jimmy Conrad and Jay DeMerit have done it and on gone to play in a World Cup, so a call-up for Salinas would not be entirely without precedent. –BROOKE TUNSTALL