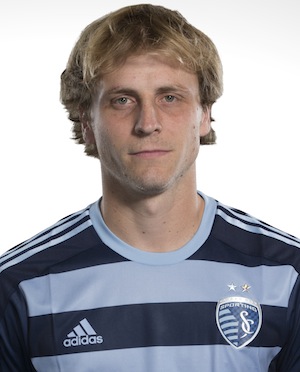 It’s testament to how far American soccer, and MLS, have come that a player like Seth Sinovic isn’t a lock for the national team. A regular starter for four seasons at a position—left back—without a lot of depth playing for one of the best teams in the league, there was a time when all of that would have made whomever was doing it a regular with the U.S. Instead, Sinovic has watched as multiple Sporting Kansas City teammates have been capped, with a couple—Matt Besler and Graham Zusi becoming regulars. Sinovic finally got a call-up to the national team’s January camp in 2014 but went unused. Meanwhile he continues to pluck away for Sporting KC, consistently being one of the league’s better left backs, rarely getting beaten defensively, and contributing the occasional assist going forward. Whether that’s enough to get him another look from the U.S. is unknown. And while that’s little solace for Sinovic, the fact that he isn’t a lock for more looks is a sign of progress for the U.S. –BROOKE TUNSTALL