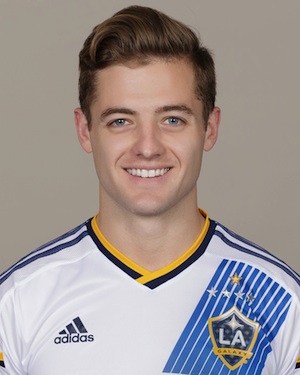 The irony of Robbie Rogers is that when he stopped pretending to be something he never was off the field he became something he’d never been on it.

In 2013 Rogers, a former MLS Best XI midfielder with the Columbus Crew, 2008 Olympian and former member of the U.S. national team, made headlines when he announced he is gay and in doing so became the first American male on a professional team sport to do so while still playing.

At the time he was fighting injuries in England and briefly retired after coming out before being coaxed back to MLS with a chance to play for his hometown Galaxy. He fought fitness issues and never found a groove that first year with Los Angeles but in 2014 Galaxy coach Bruce Arena approached Rogers with the idea of playing left back to take advantage of his effortless pace and natural attacking skill.

Rogers made the transition smoothly, and helped the Galaxy have the stingiest defense in MLS in 2014 while continually creating chances going forward and in doing so rekindled talk of a return to the national team for the player whose tying goal against Mexico was the first U.S. strike under Jurgen Klinsmann, this time as a candidate at fullback rather than as an attacker. – BROOKE TUNSTALL