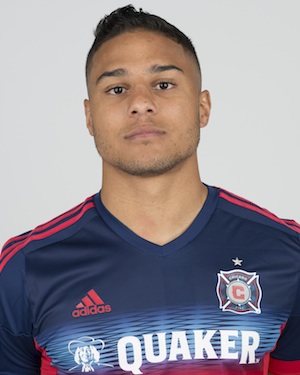 Forwards with just seven goals in their first five professional seasons generally don’t find themselves in the national team conversation very much. But in 2014, on his fourth team since 2010, Amarikwa broke out for the Chicago Fire, becoming both a consistent starter and scoring threat and in doing so, some national team observers started to wonder if maybe this late-blooming journeyman from UC Davis has something to offer. Amarikwa has pace and he’ll scrap like no other. If he has a national team future it’s likely not as a starter. But CONCACAF games are often messy affairs and if the national team ever needed a spark off the bench and a little grit thrown into the mix, Amarikwa just might be able to fill that role.
—BROOKE TUNSTALL