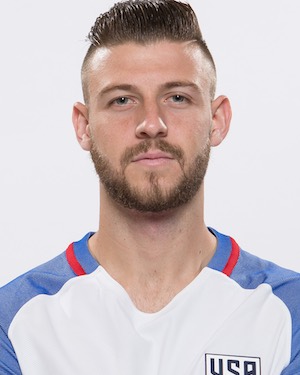 For a spell in 2013 it seemed that all of Los Angeles, at least in soccer circles, wanted Paul Arriola. Instead, he left the country… and stayed close to home. Coveted by the Los Angeles Galaxy, which offered him a homegrown contract, and UCLA, with whom he’d signed a letter of intent and where he would have been the top recruit in college soccer, Arriola instead signed with Liga MX side Club Tijuana, which happens to play about eight miles—and one border crossing—from his home in Chula Vista, Calif. Shortly after signing with the Xolos Arriola showed why he was coveted by so many as he burst into the starting lineup as an 18-year-old and flashed a combination of speed and skill rarely seen among pro players on either side of the border. Arriola’s immediate national team future is likely with the youth national teams but his ability to play wide and run at defenders will no doubt tempt Jurgen Klinsmann to bring him in for a look in the near future. —BROOKE TUNSTALL