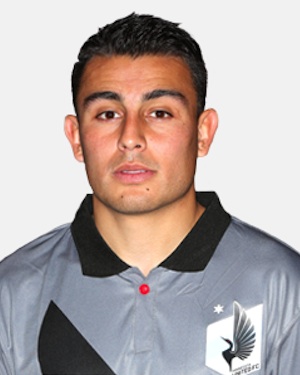 Miguel who? From what team?

Such was the reaction of many surprised U.S. national team followers when word broke in the fall of 2014 that Jurgen Klinsmann was calling Miguel Ibarra into camp. Afterall, it’s not very often a player from the lower divisions of American soccer gets called up to the national side.

When Ibarra took the field against Honduras in the fall of 2014, the star attacker from the NASL’s Minnesota United became the first player from the American lower divisions to play for the US since Joey Leonetti in 1996, and that was only because the regular boycotted the game during a labor dispute.

By the time Ibarra took the field for the U.S., most hardcore soccer fans had googled him and learned he was an undersized but skilled player from Southern California who went to a local junior college then UC Irvine, before he slipped to the 65th pick in the 2012 MLS draft only to be cut by Portland in preseason.

He landed with Minnesota and quietly became a very effective attacker at the NASL level and his ability to run at players with the ball and shoot from distance caught Klinsmann’s attention and his call-up surprised many. His national team call-up and winning the NASL’s golden ball (MVP) led to speculation about the post-NASL future of Ibarra, who signed a three-year contract with Minnesota prior to the 2014 season. - BROOKE TUNSTALL