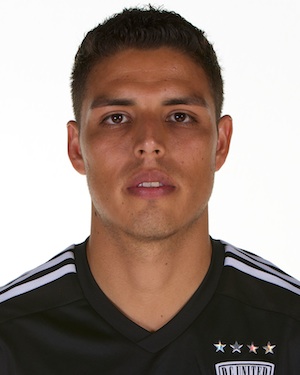 It took living back on American soil for Luis Silva’s career to get the jump-start it needed. Selected in 2012 by Toronto FC fourth overall after four stellar seasons at UC Santa Barbara, Silva came to Ontario amid high expectations. He showed flashes with TFC—he scored a key goal in the CONCACAF Champions League quarterfinals to help the Canadian side to an upset over Silva’s hometown Los Angeles Galaxy—but he struggled to consistently show the skill-set that made him such a high pick. After failing to score for Toronto in his second season, he was sent to D.C. United in July and instantly found his offensive spark, scoring in his United debut and finishing with three goals and two assists in 13 games on a team that struggled to score. In 2014 Silva became a key cog for a resurgent United, playing as a withdrawn striker or playmaking midfielder. He flashed the ability to both score for himself and set-up others, hitting double figures in goals-scored. Silva didn’t become a pro until he was 23 and he’s never been part of a U.S. national team at any level. But if he continues to produce in MLS like he has since escaping Canada, that should change. –BROOKE TUNSTALL