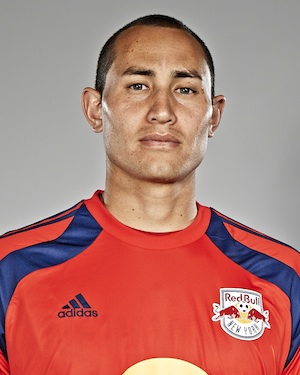 For all that he has accomplished, it seems Luis Robles should be further up the pecking order of American goalkeepers. He’s won a championship in Germany, played in its top flight, made a Gold Cup team, and won a Supporters’ Shield. And yet, he has just one cap and seems an afterthought on the U.S. depth chart.

The West Coast Conference’s defender of the year as a redshirt senior in 2006, Robles was drafted by D.C. United the following winter but opted instead to try his hand in Europe and signed with Kaiserslautern, then in the German second division.

Bu 2008 he was the club’s primary starter, beating out a veteran Bundesliga player and a German youth international. But in 2009 he was a backup on a team that won promotion to the top flight in the spring of 2010. With playing time sparse, he transferred to second division side Karlsruhe and spent the 2010-11 season as its primary starter.

He was mostly a backup the following season and in the summer of 2012 joined New York Red Bulls on a free transfer and began one of the longest consecutive games-started streaks in MLS history. He started the final four games of 2012 and 34 each of the following two seasons, including its 2013 run to the Supporters’ Shield, while playing every minute of the playoffs each of those seasons.

At the national team level, Robles could have played for his father’s Puerto Rico or his mother’s South Korea but chose the U.S. and was part of the 2009 Gold Cup squad that finished second, earning a start in a draw with Haiti. —BROOKE TUNSTALL