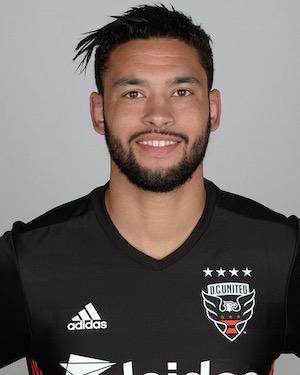 Lamar Neagle just keeps coming back. The Federal Way, Wash., native can’t seem to stay away from his home state. After a stellar prep career at Thomas Jefferson High School, Neagle, a versatile attacker who can play on either wing or up top, starred at UNLV before signing a deal with his hometown club, Seattle Sounders, in 2009. Unfortunately for Neagle, Seattle waived him months later before he could make a professional appearance. His departure from his home state this time would be even briefer than his college career, because two years later, Neagle was back with the Sounders following a preseason trial in 2011. He’d get more work this time, making 35 appearances and scoring seven goals for Seattle, including the first home hat trick in club history against Columbus Crew on August 27, 2011. Seattle parlayed Neagle’s emergence into a deal for Eddie Johnson, so Neagle was shipped off to Montreal for the 2012 season. His 24 appearances and two goals there in 2012 disappointed Impact fans, but Seattle once again showed belief in Neagle’s abilities, trading for him in exchange for an international slot. In 2013, Neagle looks settled into the Sounder roster, earning his place in the first eleven as a forward. His partnership with Obafemi Martins has proved particularly effective, with Martins scoring five of his six goals on the season beside Neagle. For Neagle, wing or forward doesn’t matter. He’s just pleased to be home in Seattle. “My whole career I've been in and out of the lineup, on and off the bench, left mid, right mid, so that's what I'm used to,” Neagle said. “I'm happy playing forward. I'm definitely happy playing outside with Eddie and Oba up top.”—CODY WORSHAM