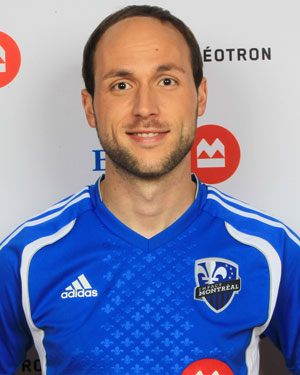 Sometimes it’s hard to believe Justin Mapp isn’t older. That’s what happens when you turn pro at 17, as Mapp did in 2002, and spend your entire career in the same league. Despite his experience and being a former Best XI player in MLS and featuring on some very good teams in his younger days in Chicago, Mapp only has eight caps and none of them came in Jurgen Klinsmann’s first World Cup cycle as U.S. head coach. A lack of talent was never the issue. Mapp has an uncanny ability to accelerate, is among the shiftiest America players of any era with the ball at his feet, and is good crosser. Alas, he has rarely displayed those talents with enough consistency to get him longer looks from the national team. Still, in terms of raw skill few Americans can match him, and if he showed a willingness to accept the role he could be a nice spark off the bench. While a return to the national team in his early 30s seems unlikely, stranger things have happened. Few, for example, would have predicted Kyle Beckerman or Brad Davis’ ascent to KFS (Klinsmann Favorite Status) for the last cycle. So while it’s not impossible for Mapp—he’d be similar in age at the 2018 World Cup as Davis was this year—it would take a consistent run of high form he has rarely shown in his career.
–BROOKE TUNSTALL

A Tactical Winger
Impact Considers Mapp One of Best in MLS