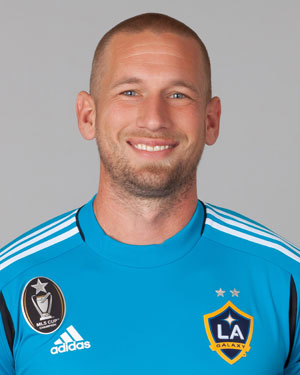 Save of the Week Nominees: Week 7

Look Back at 1-0 Win Over Boca Juniors

The life of a backup goalkeeper is all about making the most of your chances. Josh Saunders waited years to get his, and has used the relative few of them to stake his claim for a starting spot.

Despite being drafted in 2003 by San Jose, most of Saunders’s appearances over the next six years came in the USL and NASL. Yet when injuries to Galaxy No. 1 Donovan Ricketts provided Saunders with an opportunity, he seized it and eventually became the Galaxy’s starting keeper. In doing so he helped take Los Angeles to the 2011 MLS Cup Final, and was given the nod ahead of Rickets for the 2012 season. (Ricketts was traded away.)

Despite the big opportunity, or perhaps because of it, Saunders’s first season as a starter for the Galaxy was rocky. Los Angeles got off to a disappointing start, and in April Saunders voluntarily entered the league’s substance abuse and behavior treatment program. Despite rumors, Saunders says it had nothing to do with drugs or alcohol.

“I was under some stress,” he said. “I was putting myself under a lot of pressure. And I just needed to step away. I had some family issues and wanted to deal with them on my own. We're humans. We have a life outside of soccer. And people forget that.” He rejoined the team in May and returned to the Starting XI in June, helping the team snap a seven-game winless run.

Though Saunders was born in Oregon, he’s eligible to play for Puerto Rico and has earned two caps for the baseball-mad U.S. territory. Even though he’d be in the middle of a long line for the No. 1 shirt were he to be available for U.S. duty, he’s proved to be a reliable backup in big games: His 2009 MLS Cup Final appearance, coming on midgame for the injured Rickets, was one of his most heroic performances. He held Real Salt Lake scoreless all the way to the penalty shootout, which L.A. ultimately lost. There’s no shame in being a backup when you do it as well as Saunders.—ADAM ELDER