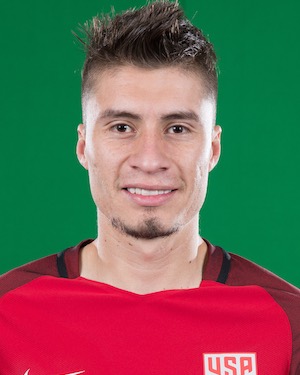 Jorge Villafana, née Jorge Flores, has a vicious left foot and quick first step, but he needed a little help to get his big break. Quite literally. The left-sided defender, who changed his last name in 2011 to honor his mother, won Sueño MLS in 2007, the reality show that came with a tryout to Chivas USA. Six seasons later, he's been to Europe and South America with the United States team and is a solid contributor for his club team—all thanks to a TV show.

Villafana figured on the U-20 squad, playing during an 11-day training trip to Buenos Aires in 2007. He captained the Stars and Stripes for some of the matches. The defender with an attacking mindset also joined the U-20s when they went to England the next season.

He couldn't find a steady job in the Starting XI for his club team, playing 15 games total in 2009 and 2010. But 2011 saw Villafana start 24 matches for the Goats, demonstrating increased maturity and positional awareness as the season progressed.

A call to the U-23 team came in 2012, and Villafana understood what Caleb Porter wanted. "He knows I'm a hard-working guy, I work hard every day, and I'm very happy he called me up, and I'm not going to disappoint him, and I'm going to give my best work for my team when I step into the game," Villafana told ESPN. Villafana started and played 90 minutes at left back against Canada and El Salvador in the U-23 team’s failed effort to qualify for the 2012 Olympics.

The next move for Villafana is a jump to the senior team. It won't come easily and Villafana needs to improve every aspect of his game to catch Jurgen Klinsmann's eye. That said, the U.S. could certainly use a few more options at left back, and if Villafana were to someday make a World Cup roster, well, that would truly be a story worthy of Hollywood.—NOAH DAVIS