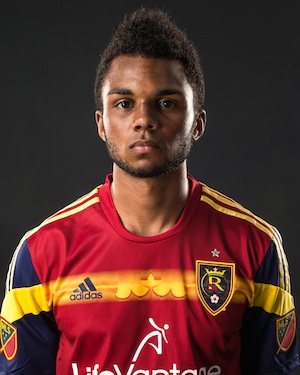 Twice Real Salt Lake has had to wait for Jordan Allen. Both times he’s made the wait worth it.

A native of upstate New York, Allen spent his junior year of high school playing with RSL’s academy team and living at their residency program in Arizona. He returned home for his senior year of high school but his time in the academy was enough to give RSL a homegrown claim to him and they signed him early in 2014 after one standout season of college soccer at Virginia.

After a strong preseason his rookie year, Allen appeared off the bench in both of RSL’s first two games of the season before a knee injury that required microfracture surgery ended his 2014 campaign.

But another strong preseason saw him gain consistent playing time in 2015 and he became a starter early in the seasons, splitting time between left midfield and forward, with his pace and crossing ability catching everyone’s attention.

That included U.S. U20 coach Tab Ramos, who had experimented with Allen as a left back before his surgery but who, after seeing Allen had returned to form, wasted little time inserting him back into the U-20 lineup and making him a starter – in midfield – for the U.S. at the 2015 U-20 World Cup.

Allen’s ultimate pro position may not be known for many years but speedy left-footed players who can cross and finish will have the attention of national team coaches above the U-20 level. – BROOKE TUNSTALL