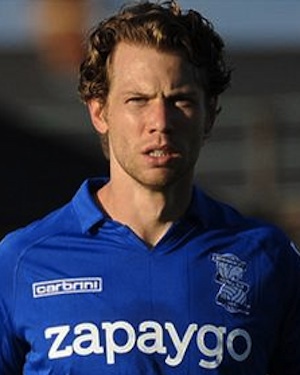 It's hard to believe Jonathan Spector isn't older. The Bradenton graduate has been on the U.S. soccer radar since 2003 when he signed with Manchester United. Although injuries kept his career from reaching the heights he might have hoped, Spector remains a versatile defender with a knack for attack (he played striker as a child) and a strong work-rate. Spector's fortunes, both with club and country, are in flux, but he has the talent to make a difference.

Manchester United scout Jimmy Ryan changed Spector's life when he saw the youngster play during the U-17 Milk Cup in 2003. Spector started on the backline due to injuries, Ryan was impressed, and soon Spector was training with some of the best players in the world. It was only a year later that Spector earned his first cap with the senior U.S. side, replacing Steve Ralston during a friendly against Jamaica. He continued playing sporadically, but a shoulder injury eliminated any chance of making the 2006 World Cup roster. Spector stayed in the U.S system, making appearances at right back every year between 2007 and 2012, but injuries continued to hound him. He made the 2010 World Cup roster but didn't see action. On the club front, Spector moved to West Ham United in June 2006 and stayed through 2011, at which point he moved to Birmingham City.

Spector can play all backline positions as well as defensive midfielder. That, he thinks, might be a disadvantage. "I would prefer to be considered a specialist in one position," he told Sports Illustrated in 2011. "Given the opportunity, I'd love the chance to play more in the midfield in future; I've really enjoyed being able to get forward a bit more. But each manager might have a different view on where I'm best suited for the team. I think I'd be the first one to be moved to another position just because of the experience I have in different roles, so whether or not that is in the cards for me, I don't know."

Jurgen Klinsmann called Spector in to multiple camps but only capped him twice in his first cycle in charge, the last when the defender came on as a late sub in the historic win against Italy—delivering a few key sliding blocks that helped preserve the 1-0 victory. Despite playing regularly, at multiple positions, for Birmingham City, Spector finds himself competing with the likes of Michael Orozco and Michael Parkhurst for the veteran utility role on the U.S. backline. But being able to play multiple positions is always an advantage, especially in a tournament situation and he'll be 32 in 2018 so he won't be too old to contribute if he earns a chance.—NOAH DAVIS