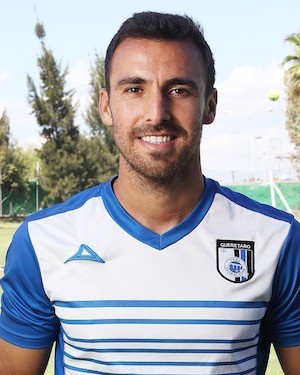 Jonathan Bornstein is a study in contradictions. He scored one of the most important goals in one nation's history and played a starring role in the 2010 World Cup, yet he's never been quite good enough. He played forward in college but moved to the backline in MLS. He will play a solid game at left back, then make one crucial mistake and ruin the entire performance.

Bornstein shocked everyone—including himself—winning the MLS Rookie of the Year award in 2006. Chivas USA coach Bob Bradley deployed his jack-of-all-trades all over the field but mostly on the left side of defense. The player's first national team appearance came during the January 2007 camp, and Bradley—then the national team coach—trotted out his former charge at left back more than 10 times during the year. Bornstein, struggling with a knee injury, battled Heath Pearce for the starting spot in 2008, retaking the spot at the 2009 Confederations Cup.

But it was a goal in 2010 that cemented his place in history—Honduran history, that is. Bornstein scored against Costa Rica in second-half stoppage time to give the U.S. a 2-2 draw with the Ticos and propel the Catrachos into the 2010 World Cup. "I can't believe that something as simple as a soccer goal could have such an impact on so many people and an entire country," Bornstein told ESPN.com. "It's pretty exhilarating to know that I'm a part of that for a country like Honduras. I hear it's a beautiful country. I would love to go there one day and see what it's all about."

Bornstein started two matches during the 2010 World Cup, posting strong performances against Algeria and Ghana. But he had a terrible match in the 2010 Gold Cup final against Mexico, Bradley's last as head coach.

After the tournament, Bornstein left MLS for Mexico and joined UANL Tigres. He is struggling to get on the field, but enjoying the experience. “I’m trying to fit in as best as I can and as quickly as I can, so I’m trying to learn on the job. Also, for the lifestyle, I’m learning what Mexico is all about," he told USSoccer.com in 2011. "There are definitely some differences in my life; for example, I have a maid who cooks and cleans for me. That’s pretty standard custom here, which is something I’m not used to.”

Bornstein, one of the sport's all-around nice guys, hasn't figured in the U.S. system since Klinsmann replaced Bradley in July 2011. With the emergence of new fullbacks under Klinsmann, Bornstein has fallen down the depth chart and will need to make an impact in Mexico if he hopes to see more time on the U.S. national team.—NOAH DAVIS