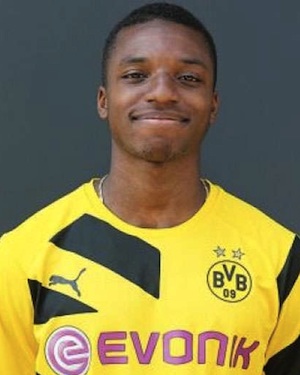 Soccer blood runs through Joe Gyau's veins. His grandfather played for the Ghana national team and Joe's father, Philip, earned six caps for the United States in the late 1980s and early 1990s. The youngest member of the clan is fast, strong, and skilled. (Joe’s father used his connections to get Joe training in Brazil when he was younger.) But Gyau also played a key role on the U-20 and U-23 teams that failed to qualify for the World Cup. He's young and talented, but needs to learn to win.

Gyau exploded on to the American youth scene as a U-17 prospect, displaying a combination of speed, strength, and skill rarely seen in Americans at that age. Gyau drew interest from Europe, eventually signing in 2009 with Hoffenheim, a German club known for transforming raw talent into finished products. Gyau suffered a few setbacks but worked his way onto the first team bench (and into a game) during the second half of the 2011-2012 season.

At the youth level, Gyau made Thomas Rongen's U-20 roster for the 2011 CONCACAF Championship in Guatemala and started twice. A knee injury limited his effectiveness, however, as Gyau did not display the overpowering athleticism on the flank. He also looked a bit lost at the U-23 level during the U.S.'s failed Olympic qualifying attempt, where he was used as a late sub and seemed content to run at defenders with little plan of attack.

In the summer of 2014 Gyau's potential began to be realized. He made a surprise move to German power Borussia Dortmund and after expecting to be fodder with their reserve team, he had a strong showing in preseason and made his first-team debut in September of 2014. That same month he earned his first cap with the U.S. senior team when he started against the Czech Republic.—NOAH DAVIS