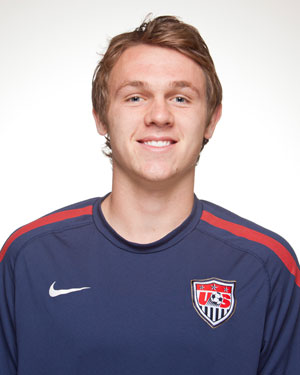 Jared Jeffrey first caught the eye of European scouts after he captained the American U-17 squad during the 2007 World Cup. The 2008 Parade boys soccer national high school player of the year signed with Belgian powerhouse Club Brugge after turning 18. He joined the U.S. U-20 team for the 2009 World Cup, playing in the team's three-group stage games.

Despite his success for U.S. junior sides, Jeffrey never caught on at Club Brugge and left in late 2009 after not appearing in a first-team match. The midfielder signed with German side Mainz 05 in January 2010 in an attempt to find playing time. He found it with Mainz II, but missed some time due to a long recovery from a hernia injury he suffered in early 2011. The team stuck by its prospect, however. "We believe that due to his strong playing abilities, he will have a chance to get to the top if he manages to further improve his defensive skills," Mainz II manager Manfred Lorenz told MLSsoccer.com after Jeffrey returned in June 2011.

Jeffrey showed solidly after coming back, although he didn't make a first-team debut. He played in reserve matches and joined the U.S. U-23 squad for camps as well as the unsuccessful 2012 Olympic qualifying campaign. He played in two of those games.

The future looks bright for the Texas-born, Germany-honed product. Jeffrey's versatility will be a key to his national team success going forward. He's unlikely to break into the first team any time soon, but his ability to play virtually any position in the midfield makes him an appealing bench prospect for Jurgen Klinsmann.—NOAH DAVIS

Jeffrey Eyeing Olympics (Yanks-Abroad.com)
Checking in on the next big thing (MLSSoccer.com)