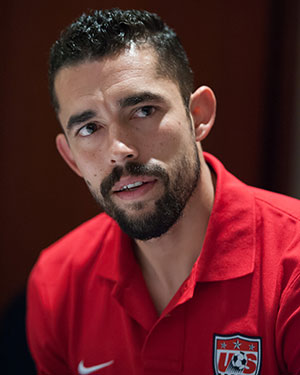 Herculez Gomez's career has been many things. Orthodox is not one of them.

The Las Vegas native passed on college soccer to try and make a go of things in his parents’ native Mexico, spending time in the youth systems of Cruz Azul and Durango. He never cracked the first team so he returned to the United States in 2002 and signed with the San Diego Gauchos, a team playing in the third division USL D-3 Pro League.

A strong showing there earned him a contract from the Los Angeles Galaxy late in 2002 but he spent much of the next two seasons on loan to lower division teams. In 2005, he broke-out, scoring 15 times in league play for the Galaxy as well as the winning goal in the U.S Open Cup final as the Galaxy won the MLS Cup/USOC double.

In 2007 he was shipped to Colorado and a year later traded to Kansas City, where he scored just one goal over parts of two seasons. Out of contract in 2010, he turned down an offer from MLS that reflected his one-goal season and went back to Mexico where he caught on with Puebla… and promptly earned a scoring title when he scored 10 times to lead the aperture in scoring.

That got Bob Bradley’s attention and Gomez was invited to a pre-World Cup camp where he scored against the Czech Republic and his goal-scoring form earned him an improbable spot on the U.S. World Cup team and he played in three of the U.S. games a year after washing out of MLS.

Gomez left Puebla after the World Cup and in 2012 he became the first player to win titles in both MLS and Liga MX when he helped Santos Laguna win the clausura. His goal-scoring form tapered off – he didn’t score at all for Tijuana in league play in 2013-14 – but he was lethal in the CONCACAF Champions’ League, scoring 12 times in 20 games for Tijuana and Santos.

Gomez was part of the U.S. team that won the Gold Cup in 2013, scoring against Cuba, but he was injured in the tournament and was never brought back to the national team the rest of the 2014 cycle. –BROOKE TUNSTALL

Striker Herculez Gomez Making the Most of His Second Chance with U.S. Team (Sporting News)
Klinsmann: Forward Is an Open Competition (MLSSoccer.com)