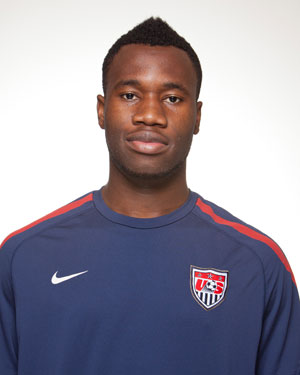 Gale Agbossoumonde needs some playing time. The athletic defender hasn't found much over the past few years, bouncing around the world in search of a situation that fits. He finally seems settled with the Carolina RailHawks, but who knows how long it will last. Agbossoumonde, 21 in November, is young but not naive. He has seen the dark side of soccer.

After a successful stint in at the U.S. youth program in Bradenton and with the 2008 United States U-20 team, Agbossoumonde spurned MLS and signed a deal with Traffic—an at-times controversial company that pays a player a salary and takes his club wages—in 2009. He quickly jumped from Miami FC to Sporting Braga, but the Portuguese club didn't offer Agbossoumonde a deal after the six-month loan expired, leaving the young man in a state of limbo.

"I don't really know where I'm going to be tomorrow," he said in 2010, the year of his first and only senior team cap. "I'm not focused. It's hard to focus when I'm just bouncing around. I get nervous, you know? I'm nervous about how I'm performing and stuff, because it's a trial. I'm always going through mixed emotions."

Traffic helped the tall defender secure trials with Estoril Praia (a team they own), Djurgarden, and Eintracht Frankfurt II between 2011 and 2012, but none of the moves stuck. He also joined the U-20 side during its failed World Cup–qualifying campaign in Guatemala, where he looked like a man who hadn't played much soccer over the past few years.

In desperate need of playing time, Agbossoumonde joined the RailHawks, where he was virtually assured of playing time. "I could have gone to any team that Traffic owns, but I wanted to come to Carolina because I know it’s a good organization, always had a good team, and I saw the players they were signing. And I saw the coach who was coming in. All that made [my decision] clear-cut and easy," he said in early 2012.

There's still time for Agbossoumonde to fulfill his immense potential. He's learned from the past three years, and his Traffic contract runs out at the end of 2012. The future can be his, but it depends on his maturity, dedication, and desire.—NOAH DAVIS

Regrets, He's Had a Few (ESPN.com)
The Enigmatic Gale Agbossoumonde Talks About His Soccer Odyssey and Why He Joined the Carolina RailHawks (IndyWeek.com)