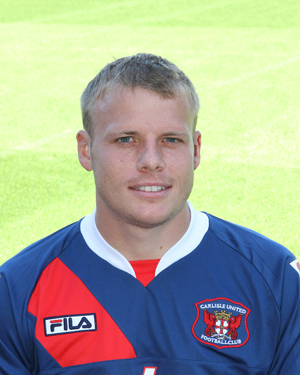 Frank Simek was so, so close to being a household name, but he never quite reached the promised land. That said, the right back has made a nice career in England and is still in the conversation—albeit on the outside looking in—as an international-caliber defender.

The Missouri-born right back signed with Arsenal at the age of 12—eventually captaining the reserve side—but frequent injuries and world-class talent above him prevented Simek from breaking through with the big club. Still, he played one match for the Gunners, and remembers it well. "To pull on the Arsenal shirt was something special. I just wish it could have happened more than once but it wasn't to be, and obviously I moved on but just to pull on the shirt as a 19-year-old, to see your name on the back of an Arsenal jersey and to play at Highbury was something I'm never going to forget for the rest of my life—a great experience," he said.

The famous English club thought they found something in the skilled, smart, and solidly built defender, but he never quite caught on. Loan stints at QPR and Bournemouth saw Simek play sparingly, too, and in 2005 he moved to Sheffield Wednesday. He found his best run of success from 2005 through 2007, but picked up an injury against Crystal Palace in December 2007. It kept him out of action for 10 months. He returned in October and worked his way back into the starting lineup.

After making more than 100 appearances for Wednesday, he joined Carlisle United in July 2010, and he's been there ever since. Simek has battled injuries but serves as captain when healthy, and he signed a new contract in July 2012. A strong, healthy 2012-2013 campaign could see him return to the U.S. fold, although the increasing depth at fullback makes competition tough.—NOAH DAVIS