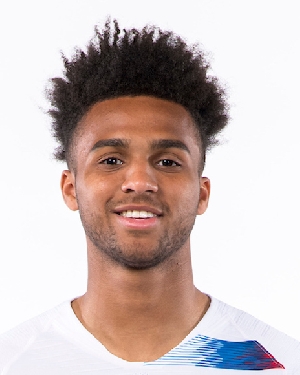 As captain, Palmer-Brown won the 2017 CONCACAF U-20 Championship with the United States. He was awarded the Golden Ball Award by CONCACAF as the best player of the tournament, playing the defensive midfield position. Palmer-Brown then played in central defense for the United States at the 2017 FIFA U-20 World Cup, and was named to the Best XI of the Tournament by both Squawka and Scouted Football.