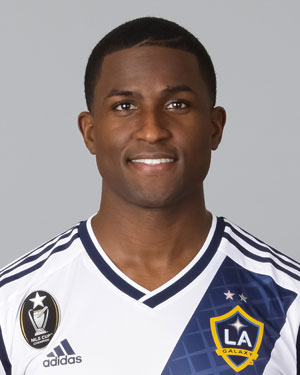 Goal for USMNT Against Slovenia

When Edson Buddle is on form, he can be one of the best goal scorers in the United States system. Unfortunately for the Westchester County native, injuries and constant club change hampered his playing time, and he has suffered for both club and country as a result.

The forward earned his first senior cap in 2003. His next appearance for the national team came seven years later, in 2010. Between the caps, he played for Columbus, Toronto, New York, and Los Angeles in MLS. He enjoyed success with the Crew and Galaxy but never found his game with TFC or the Red Bulls.

A strong stint in California, however, caught Bob Bradley's eye in 2010, and Buddle scored two goals for the Stars and Stripes in the run-up to the World Cup. He made the WC squad, and came off the bench against both England and Algeria. After returning from South Africa, his hot form continued as he won the Galaxy's 2010 MVP, golden boot, and Humanitarian of the Year awards.

After the 2010 MLS season Buddle signed with FC Ingolstadt 04 of the German second division. He scored nine goals in 31 appearances before being released in January 2012. Trials with Everton and West Ham didn't lead to a contract and he rejoined the Galaxy. “If there wasn't a team in England or a good club, you know, I wasn't going to just stay,” Buddle told ESPN.com of playing in Europe. “If I were younger, maybe I would. But I think at this age, I want to be on a winning team.”

He has played a small role in the U.S. setup since Klinsmann took over, but it seems like Buddle's probably on his way out of the USMNT picture. How long that takes, however, remains to be seen. There's nothing predictable about Buddle's career trajectory, and every team needs someone who can score goals. The U.S. national team has needed it since Buddle debuted in 2003—and they still need it now.—RYAN O'HANLON

Growing in Germany—Q&A with Edson Buddle (USSoccer.com)
'Wiser' Buddle Back at Home (ESPN.com)