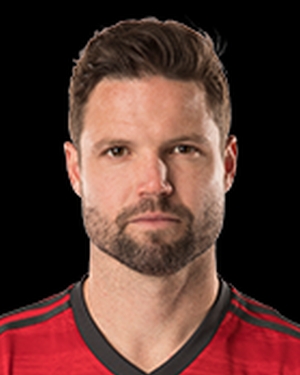 If durability and leadership were the biggest factors in picking players for the national team, Drew Moor’s international career would be a bit more prestigious. For many years Moor’s coaches in MLS could consistently pencil his name into the first XI and know what they were getting: a solid, above average performance with tough man-marking, good aerial play, and the occasional contribution to the attack. As a result, Moor set an MLS record for consecutive minutes played—not just games, but going 90 in every one of them—in 68 straight contests before yellow card accumulation brought the streak to an end late in 2011. A classic tweener—a tad small for center back, not quite fast enough for fullback—Moor got five caps from Bob Bradley but hasn’t been asked back to the national team since 2008 despite captaining the Colorado Rapids to an MLS Cup win in 2010.
–BROOKE TUNSTALL