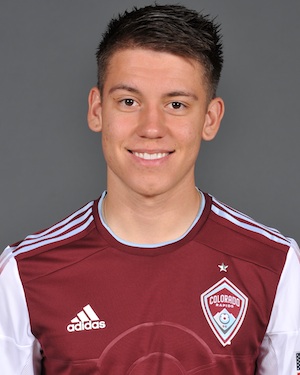 If MLS had a Most Improved Player award, in 2014 it might have gone to Dillon Serna. The Colorado Rapids midfielder played only 13 minutes as a rookie after signing a homegrown contract following one season of college soccer at Akron. But his sophomore season as a professional has shown why the Rapids were so eager to get him under contract. Serna brings more than just pace to the wide midfield position. He’s got a lot of tricks in his feet, combines well with teammates, and has a cannon of a left leg that has seen him score some golazos in 2014. Though left-footed, Serna has been used on either flank and his versatility is such that Tab Ramos even used him as a fullback in CONCACAF qualifying with the U.S. Under-20 national team. But make no mistake, this kid is an attacker who is capable of the spectacular plays and it’s likely a matter of time before he gets a shot to do this with the senior team. –BROOKE TUNSTALL

Get to Know Dillon Serna
Serna Shows Promise With Rapids