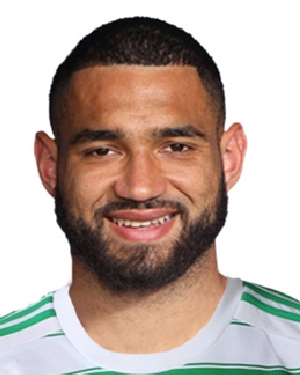 Imagine what he can do when goes against players his own age. Such is the promise that Cameron Carter-Vickers has flashed before being old enough to vote that it’s hard not to excited about what he’ll do as a grown up. Carter-Vickers grew up in London, the son of an American father and English mother. There, the central defender learned the game and in 2014 he joined Tottenham Hotspurs and is already considered one of the best prospects on the books at White Hart Lane. At age 16, Carter-Vickers debuted for the U.S. U-18 team in the summer of 2014, helping it win a six-nation tournament in the Czech Republic. Carter-Vickers showed so well with the 18s that in the fall of 2014 he started for the U.S. U23 team in a friendly against Brazil, despite being almost four years younger than some of his teammates and opponents. But he showed well in that game and even though he was the youngest player on the side by over a year, he was the lynchpin for Tab Ramos’ U-20 team in CONCACAF qualifying in the fall of 2015. Showing dominant aerial ability and a keen sense of anticipation that rarely had him out of position, Carter-Vickers helped the U.S. qualify by just allowing two goals and finishing with four straight shutouts. Carter-Vickers comes by his considerable athleticism naturally. His father, Howard Carter, was a six-foot-five shooting guard at Louisiana State, where he was a two-time All-American and a first round draft pick of the Denver Nuggets before embarking on a career in Europe, where he met Cameron's mother. That athletic pedigree has both club and country excited about his future and while he’s able to switch to England, he seems set to be part of the U.S. side for many years and someday he may even get to play against players his own age! – BROOKE TUNSTALL