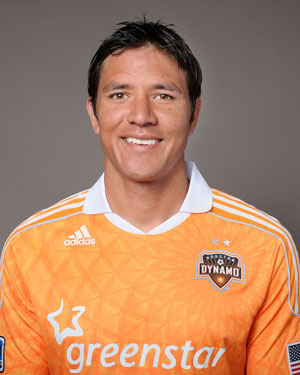 Brian Ching is a player who will do what it takes to win. He eschews personal glory for the sake of the team, a laid-back Hawaiian personality masking the incredibly hard work he puts in on the field. Those qualities, and his surprising athleticism, made him a favorite of Bob Bradley—despite the protestations of the masses—and earned him a trip to the 2006 World Cup and United States caps every year between 2003 and 2009.

The Los Angeles Galaxy drafted Ching in 2001 after his stellar career at Gonzaga University. He made just eight appearances with the Galaxy before getting cut; Ching later signed on with the Seattle Sounders of the A-League. A strong campaign with Seattle led to a return trip to MLS, this time with San Jose Earthquakes in 2003. Ching started strong—winning his first U.S. cap that year—but ruptured his Achilles tendon. He returned in 2004 to win MLS Comeback Player of the Year and the Golden Boot, tying Eddie Johnson with 12 goals. In 2006, he moved to Houston with the rest of the relocated Earthquakes. He still plays there today.

Former U.S. national team coach Bruce Arena selected Ching to be part of his 2006 World Cup roster, but the forward didn't see any action on that ill-fated team. When Bob Bradley replaced Arena, Ching continued to see action with the national team, starting the 2007 Gold Cup and throughout qualifying for the 2010 World Cup. Ching looked poised to make his second World Cup squad during summer 2010. Unfortunately, a hamstring injury slowed him a bit and Ching was among the last players cut. (Bradley went with Robbie Findley instead.) Ching was devastated. "Don't really have anything to say at this point beside disappointed," he texted the Houston Chronicle after the announcement.

Ching has not played under Jurgen Klinsmann, and his national team career is quite possibly over. He is still a large part of the Dynamo franchise, tutoring Will Bruin and serving as a team leader both on and off the pitch.—NOAH DAVIS